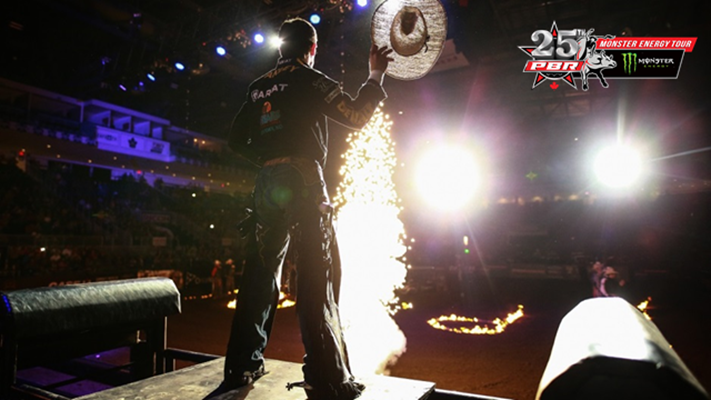 SASKATOON, Saskatchewan – For the first time, PBR (Professional Bull Riders) Canada will buck into the Canadian Maritimes with the elite Monster Energy Tour, stopping in Halifax, Nova Scotia at the Scotiabank Centre on May 26, followed by Moncton, New Brunswick at the Moncton Coliseum on June 2.

The stop in Halifax will mark the elite Monster Energy Tour’s debut event in the city and the league’s first trip back to Nova Scotia’s capital in more than five year years. In May 2011 the Touring Pro Division hosted the Halifax Invitational won by Matt Triplett (Columbia Falls, Montana), now one of the PBR’s consistently top-ranked riders.

With this year’s event part of the cross-Canada, nationally-televised Monster Energy Tour, riders will be vying for an increased amount of world points. While Touring Pro Division events award the overall winner 60 points, the winner of this season’s Monster Energy Tour event will earn 120 points.

One week later, the Monster Energy Tour will travel to Moncton, New Brunswick for its first event in both the city and province.

The Monster Energy Tour features Canada’s elite, alongside some of the league’s top international athletes, squaring off against the rankest bucking bulls from North America. Fans will witness exhilarating 8-second rides and wrecks throughout the action-packed event as the PBR’s courageous riders face off against their 2,000-pound, animal-athlete opponents.

The inaugural trip for PBR Canada’s Monster Energy Tour to the Maritime Provinces comes on the heels of one of the most fiercely contended national title battles in league history.

Coming down to the final outs of the 2017 PBR Canada Finals, Zane Lambert (Westbourne, Manitoba) overcame a 500-point gap in the national standings, going 1-for-2 on the last night of the season-culminating event, to earn the event title and his second PBR Canada Championship. Lambert is the only rider to win the Finals event multiple years, let alone in back-to-back seasons, having first won in 2016, and is only the second rider in PBR history to hold multiple Canadian titles.

Brock Radford (De Winton, Alberta) finished second in the season-end rankings after leading the majority of 2017 compliments of his historic four consecutive event wins on the nation’s Touring Pro Division.

In both Halifax and Moncton the bull riding action will begin at 7:00 p.m. AT on Saturday, May 26 and Saturday, June 2, respectively.

At each event, all riders will attempt one bull each in Round 1. The Top 10 will then advance to the Championship Round for one more ride and a chance at the $20,000 available in prize money.

In addition to competing for points towards the Canadian national standings, riders will also have the opportunity to earn world points in an effort to earn a berth onto the elite 25th PBR: Unleash The Beast.

For the Halifax event, tickets can be purchased at the Scotiabank Centre box office and Atlantic Superstore ticket outlets, online at ticketatlantic.com, and by phone at (877) 451-1221.

For the Moncton stop, tickets can be purchased at the Moncton Coliseum box office, online at tickets.moncton.ca, and by phone at (888) 720-5600.