Back Where it Began 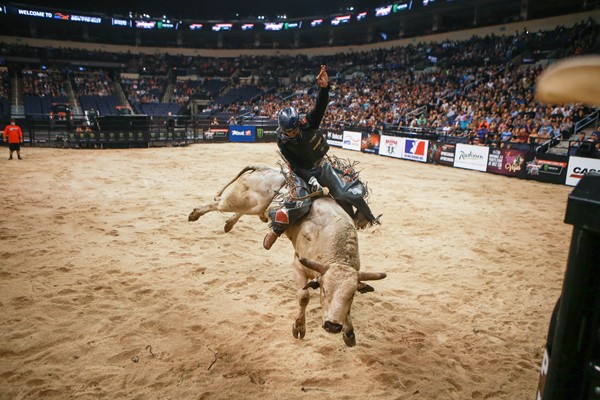 WINNIPEG, Manitoba – While 2013 PBR Canada Champion Zane Lambert may now reside in Alberta, he is a Manitoban at heart, born and raised in Westbourne.

With his hometown located less than an hour-and-a-half drive from the city of Winnipeg, this weekend will be a homecoming for the 31-year-old, who is currently ranked No.3 in the PBR Canada national standings.

“If we went to the city, it was going to Winnipeg,” Lambert reflected of his childhood.

“So definitely a hometown city for [me].”

Beyond the proximity to his family, the city played host to two moments that served as catalysts for his ever-successful bull riding career that has spanned more than a decade.

The first of those moments for Lambert came when he was just a child.

“Dad and mom took me to an event here in Winnipeg, it was a Cody Snyder Bullbustin', and I remember watching it and then going down behind the scenes when they signed autographs and standing in line and getting to meet all the cowboys.”

Several years later, after turning 18 and becoming eligible to ride in the PBR, Lambert made his PBR debut in Winnipeg and the now Bell MTS Place on June 2, 2006.

“My points weren’t qualifying me in the Top 35 to qualify for this event, but I ended up getting in as an alternate,” Lambert said.

Lambert seized the opportunity, turning the event not only into his debut, but also the site of the first win of his career with the PBR.

“It was my first big win, and that’s what got me going in the PBR,” he said.

As the Monster Energy Tour prepares to return to action following its more than three month break, Lambert is energized that it comes in a city that he has such a history with.

“It’s going to be good to be back here and I always like competing in this arena. I’ve had some success, so this is definitely one of my favorite arenas to ride in.”

On hand to cheer on Lambert will be his entire family, which is a rare occurrence for him.

“The older my family gets, the less we all get together. We’re kind of scattered out across the Prairie Provinces,” he said.

“Usually the finals and the big events mom and dad will come to, but it’s hard to get all the siblings together.”

“We’re all here for this event, and it’s tough to get us all together at a bull riding event, so it will be special to have them all here.”

The timing of the event, just days before Thanksgiving, will also allow Lambert to celebrate the holiday at home with family after the action concludes.

“I’ll head back to the farm and dad is a cook, so he’ll cook us up a bird,” Lambert said of his holiday plans.

“I’ll hang out there and have a couple days at the old stomping ground.”