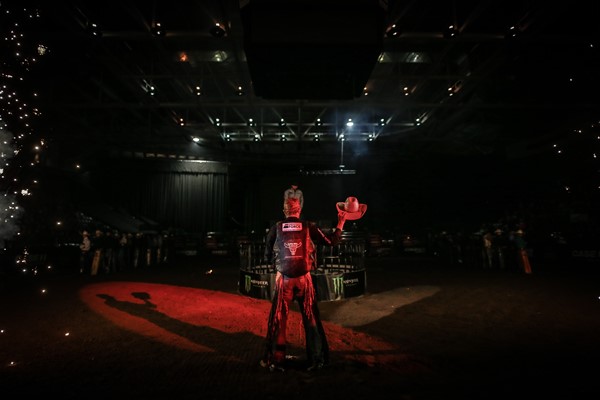 BULLS TAKE OVER ROGERS PLACE – On Thursday, November 11 at 7:00 p.m. MT the Canadian National Qualifier for the inaugural PBR Global Cup presented by Encor by EPCOR takes over Rogers Place in Edmonton, Alberta. The event will feature the five riders already named to Team Canada alongside 20 of Canada’s best bull riders vying for the chance to represent their nation. The PBR Global Cup is an international, five-nation competition featuring riders from Australia, Brazil, Canada, Mexico and the United States.

THIS WEEKEND’S FORMAT – The PBR Global Cup presented by Encor by EPCOR features three days of competition. Tonight, 25 Canadian bull riders will compete in two rounds of competition in an effort to secure their spot on Team Canada. With nine positions remaining to be filled, the top five in Thursday’s event aggregate not already on the team will advance directly to the team, while coach Aaron Roy will fill the remaining four positions. During tonight’s action, Canadian bull riders will compete for $70,000 in prize money.

On Friday and Saturday the main event for the inaugural Global Cup will get underway with seven bull riders from Mexico, Australia, Brazil and the United States, and14 from Canada squaring off against one another for the remainder of $1,000,000 in prize money and international bragging rights. The top team will take home a check for $400,000 to be split evenly amongst the team members. No world points will be awarded.

RIDERS TO WATCH – Two-time (2013, 2017) PBR Canada National Champion Zane Lambert (Ponoka, Alberta), two-time PBR World Finals qualifier Dakota Buttar (Kindersley, Saskatchewan) and 2015 PBR Canada Champion Tanner Byrne (Prince Albert, Saskatchewan) highlight the field of competition on Thursday with their sights set on a first-place check that could top $24,000. Lambert and Buttar have already qualified to compete for Team Canada where as Bryne still looks to join the already star-studded roster. After finishing third at the PBR Canada Finals in Saskatoon, Logan Biever (Claresholm, Alberta) is a favorite to be named to the team. Joining Biever of the list of riders to watch is 2017 PBR Canada Rookie of the Year Coy Robbins (Camrose, Alberta).

WEST BROTHERS – Brother’s Lonnie and Bryce West of Cadogan, Alberta both look to add their names to the list for Team Canada on Thursday. Lonnie won the Abbotsford, British Columbia stop on the PBR Canada Monster Energy Tour on October 14th and contended for a PBR Canada National title until the final day of the 2017 season. He finished the year ranked No.4 in the nation. As the youngest of the three bull riding brothers, Bryce looks to cement his name atop the bull riding world in Canada at the PBR Global Cup. Eldest brother, Billy West looks to compete for Team Canada at future PBR Global Cup events in 2018 and beyond. Kevin West, father of the three West brothers, won the $50,000 bonus in the bull riding at the Calgary Stampede in 1989.

ALL CANADIAN –Tonight’s 50 bull draw features a rank pen of bullpower that all originates from Canada, hailing from 18 separate contractors from Alberta and Saskatchewan.

PROVIDING PROTECTION – The bull fighters on hand for this weekend’s event in Edmonton are Shorty Gorham, Frank Newsom and Canada’s own Jesse Byrne.