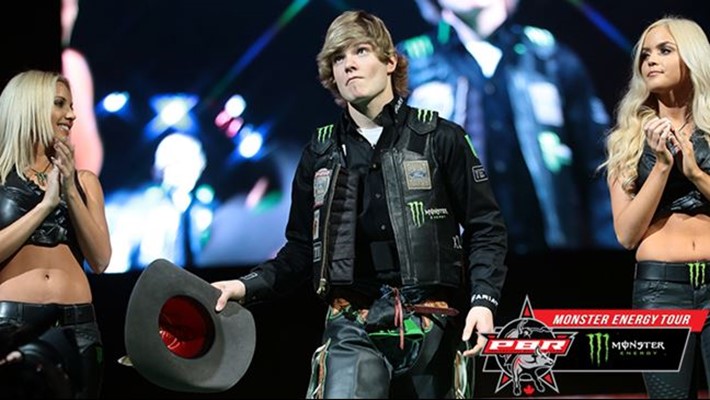 QUÉBEC CITY -- When Derek Kolbaba entered Québec City for the kick off to the 2017 PBR Monster Energy Tour, he had only competed in Canada a handful of times.

From his hometown of Walla Walla, Washington, Kolbaba trekked across western Canada towns like Red Deer and Lethbridge in Alberta and Swift Current, Saskatchewan.

Québec City on the other hand? It's just short of 3,000 miles away, equivalent to the distance between Walla Walla and Miami, Florida.

"It's pretty crazy," Kolbaba said. "I've never been this far out east or let alone up this far in Canada at all, just the atmosphere, everybody here speaks French, I have no idea what anybody is saying."

Despite not understanding Québec's first language, he didn’t have to say a word on top of his bulls.

"It's a great feeling to be over here and have the success that we did," Kolbaba said.

The entire crowd at the Videotron Centre was on their feet when the 21-year-old bull rider nodded his head in the championship round.

"When these guys go to cheering and you can hear it, it fires you up," Kolbaba said.

Those 300 world points came in handy when it moved Kolbaba up to No. 3 in the world standings, a mere 915 points behind current world leader Eduardo Aparecido.

The Washington man may have never been to Québec before, but he is sure to come back.