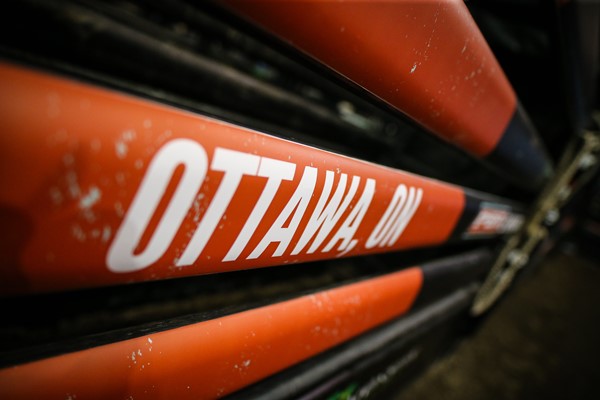 CANADA’S CAPITAL GETS RANK – This weekend PBR Canada’s Monster Energy Tour, presented locally by Circle K, stops in Ottawa, Ontario at the Canadian Tire Centre, for the second event of the season. While the nation’s premier series has visited Canada’s capital city the past three seasons, the event marks the PBR’s return to the Canadian Tire Centre, last bucking into the home of the Ottawa Senators in 2012.

BYRNE WINS IN NIPAWIN – The night prior to the Monster Energy Tour’s event in Ottawa, several bull riders competed in Nipawin, Saskatchewan for the fifth Touring Pro Division event of the season. With the elite 25th PBR: Unleash The Beast on break, Prince Albert’s Tanner Byrne went a perfect 2-for-2 in his Canadian season debut to claim the event win. Collecting 60 world points, he rose from No. 23 to No. 21 in the world standings, and compliments of his 260 Canadian points earned, the 2015 PBR Canada Champion is now No. 9 in the nation, 687.5 points behind No. 1 Brock Radford. Making the trip to Ottawa, Byrne has drawn Vold Rodeo/Prescott’s Whooty Blues in Round 1.

AMERICAN INVASION – With the 25th PBR: Unleash The Beast amidst its annual summer break, elite tour regulars Matt Triplett, Koal Livingston and Michael Lane, will join Canadian Tanner Byrne in the Ottawa draw. Triplett and Livingston will both make the trip to Canada amidst a hot streak since both returned from reconstructive shoulder surgery in late April. For Montana’s Triplett, the event will be his fourth of the season, recording a twelfth and six place finish at the final two elite tour events of the season, and a  third place effort last night in Nipawin. Much like Triplett, Livingston recorded qualified rides at his first two events back from injury, eleventh in Columbus and fourth in Las Vegas. The duo is currently No. 65 and No. 55 in the world, respectively. Lane, who has earned six trips to the elite tour via his impressive performance on the Real Time Pain Relief Velocity Tour heads to Ottawa ranked No. 43 in the world.

BROCK-STAR – After a dominant performance in 2017, young-gun Brock Radford has begun an equally stellar year thus far in 2018. The 22-year-old captured his first event win of the year at the Monster Energy Tour’s season-launch event in Calgary, his first on the nation’s elite tour. He began the event with an 84.5-point effort on Braithwaite Ranches’ Liberty Tower, which he followed with a round-winning 87.5-point trip on Minion Stuart in the Championship Round. Since, Radford earned an additional event win on the United States’ Touring Pro Division, victorious in Ivins, Utah, and competed at the final four 25th PBR: Unleash The Beast events of the season, including the Last Cowboy Standing Major event in Las Vegas. Currently No. 41 in the world standings, Radford is the top man in Canada, leading No. 2 Jared Parsonage by 395.84 points. In Round 1 in Ottawa, Radford has drawn Vold Rodeo’s Applause.

PAST EVENT WINNERS – Washington’s Cody Casper captured the first PBR event win of his career last season in Canada’s capital. The 25-year-old was propelled to the win by a monster 88-point trip aboard Mike Miller/Torres Bros’ Captain in the Championship Round.

BULL PEN – With the Ottawa stop marking the first of four in an Eastern swing for the Monster Energy Tour, six of the nation’s top stock contractors from Western Canada have made the trek across Canada to supply bulls for each stop. Reigning PBR Canada Stock Contractor of the year Nansen Vold will bring ten, with half of his bovine athletes bucking in the Championship Round. His pen is led by All Access and Twisted, both of whom made their debut on the elite 25th PBR: Unleash The Beast in Billings, Montana. From Two Bit Bucking Bulls, 2015 PBR Canada Bull of the Year has also made the journey, also slated to buck in the Championship Round. The outfit’s pen of three also includes Happy Camper, the bull of the event from the first stop of the season in Calgary.

THIS WEEKEND’S FORMAT – The Monster Energy Tour will feature two rounds of bull riding. Each of the 25 competing riders will get on one bull in Round 1 on Saturday. The Top 10 ranked bull riders will then advance to the Championship Round later that evening. Riders will be competing for valuable points towards the PBR Canada national standings and PBR world standings, in addition to $20,000 in prize money. On the line this weekend are 550 Canadian and 120 world points.

NEXT UP – PBR Canada’s Monster Energy tour will next travel to Quebec City, Quebec and the Videotron Centre on Saturday, May 19 for the second-ever International Major, the Monster Energy Tour Canadian Iron Cowboy, presented locally by Couche-Tard. The event, set to begin at 7:00 p.m. ET.