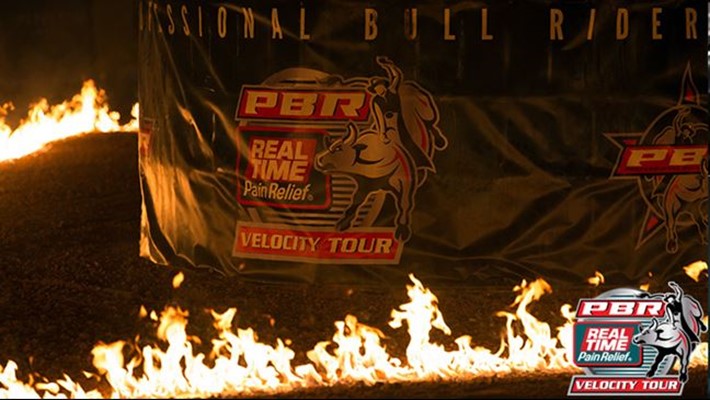 The Velocity Tour is one way for riders to qualify for the PBR's 25th Anniversary Tour. Photo: Andre Silva/BullStockMedia.com

A Velocity event, or International Cup event, winner will receive 120 points toward the PBR world standings instead of the 80 points from previous years.

The PBR will also now award five world points to the seventh-place finisher in the overall event average.

In the old points system, riders only earned points if they placed in the Top 6.

Riders will not earn any world standing points via round finish at any regular-season Velocity Tour or International Cup events.

There are 280 points available at a Velocity event now instead of the previous 205.

These changes are effective as of January 1, 2018.

The PBR’s Executive Competition Committee decided the PBR will not go back and change the points awarded at previous 2018 Velocity Tour and International Cup events that occurred in 2017.

Riders were informed on Wednesday afternoon via an email from the PBR’s competition department. According to the competition department, “After conducting several tests, and going through this many times, we feel this change will be a positive one, and gives more weight to the Velocity events.”

The relatively minor changes should certainly lead to more turnover on the PBR’s 25th Anniversary Tour, especially for riders close to the cutline (30-35).

For the past two years, Velocity Tour riders voiced their frustrations at times that unless they won a Velocity Tour event and earned an exemption that it was hard to earn enough points to crack the Top 35 of the world standings, especially as the season got into the late spring.

“It was very important to me because without the Velocity (Tour) I would not have gotten to the World Finals,” Marcilio said.

Marcilio, who is competing at this weekend’s Monster Energy Buck Off at the Garden as an alternate, added that he was happy with the changes.

“It was already very good, but now it is really good,” Marcilio said.

15-year veteran Sean Willingham is retiring following the 2018 season and is planning on using the Velocity Tour as a route to get back to the PBR’s Premier Series and qualify for one more World Finals.

The additional points could go a long way in helping him achieve that goal.

There will be greater incentive for bull riders wanting to compete on the United States top tour to compete at PBR international cup events as a pathway to the top level.

"That's perfect," 2015 PBR Canada champion Tanner Byrne said. "More available points. Makes our events more prestigious. (It) will have guys going harder knowing it will pay off for them I think. Give us extra motivation and we don't have to travel as far to get those bigger points."

"It’s a good thing," Wilkinson said before joking,"I’m tempted to stay home and do our 20 events for the year, easier and cheaper to make the World Finals, but you won’t win the world if you’re not here."

The additional points could also possibly lead to more veteran bull riders or riders in the World Championship race opting to compete at Velocity Tour events in 2018, especially if they hope to qualify for the Velocity Tour Finals.

The 20-year-old said on Thursday morning the changes likely won’t change too much for the top riders in the PBR.

“I don’t think it’ll change much,” Lockwood said. “Either you want to go or you don’t.”