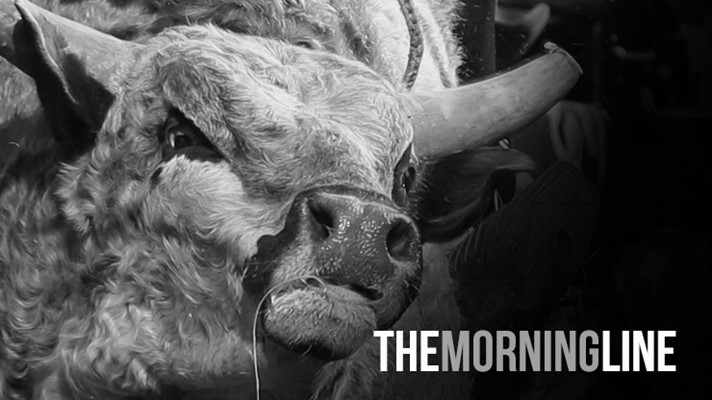 Saturday marks the launch of the 2018 Monster Energy Tour across Canada.

CALGARY, Alberta – It’s back, the PBR Monster Energy Tour, presented locally by Mac’s and Circle K, is back.

I’ve mentioned it before but these events are my favorites. Next to the Calgary Stampede, there is no better production I am a part of, in any larger venue, in front of any more fans.

The Agrium Western Event Centre plays host to the first stop of the season this year. From here, May is a big month with an event every weekend beginning with a Touring Pro Division stop, the Clunie-Cooper Memorial PBR, in Prince Albert, Saskatchewan the first weekend, followed by the return of the Monster Energy Tour in Ottawa, Ontario at the Canadian Tire Centre, home of the Ottawa Senators. May-long weekend we are back in Québec City for the PBR’s only International Major at the Videotron Centre, one of the nicest buildings I have ever been in. The two weeks after, May 26 and June 2, we head to the Maritimes, visiting Halifax and Moncton, respectively, two events which look to be utterly electric.

Back to Calgary though; at Saturday’s start of the 2018 Monster Energy Tour a total of $15,000 is on the line, with 120 world points set to be awarded to the event winner. For a guy like Lonnie West, currently ranked No. 61 in the world, 168.33 points behind No. 35 Cody Campbell, a win here could mean his debut at the PBR’s highest level the next week.

History was made this week as this event marks the first time for an event to ever sell out the Agrium Western Event Centre at Stampede Park. For those who didn't get a ticket, Calgary marks the first time RidePass is introduced into Canada, so make sure to watch the full replay come Monday morning!

Aaron Roy vs. 440 Weed & Whiskey – I still find it crazy that Aaron is back but it’s so cool to see. He looked like he used to on the first bull back in Lethbridge but was bucked off his next two. Last July in Manor, Saskatchewan, Aaron actually judged Cody Floyd 82 points on this Two Bit Bucking Bull. Since Aaron isn’t the judge this time, I’m going to suggest an 84 here.

Lonnie West vs. 9-447 Pennywise – Wacey Finkbeiner rode this X6 Ranch bull to a score of 86.5 points in Lethbridge at the start of the month. A big red, white-faced bull with a set of rodeo looking horns that went left, this one should get Lonnie back on track. A rough last couple months have had him idle after starting the season on a heater. I’m betting on West for the long round win.

Brock Radford vs. 433 Liberty Tower – From the Braithwaite’s, this is one of the bulls that bucked off Aaron Roy in Lethbridge. He actually ended up getting Aaron on his head and has yet to be ridden in six recorded outs. Marked a high of 44 points in Magrath last fall, this one has a lot of up and down and doesn’t look too easy. Brock wasn’t far off from winning his first Canadian title last year and is hungry to win this year. I want to bet on Brock here to be the first guy to ride Liberty Tower.

Jake Gardner vs. 465 Happy Camper – Calgary’s long go is actually an ABBI Classic event with three and four-year-old bulls competing. Happy Camper went to the PBR World Finals last year and is a superstar. It’s kind of a shame this bull is in the first round but he’s likely to place in the top three in the Classic, I’m no judge but this bull is rank and put up two impressive trips in Lethbridge. Josh Berezay has raised some rank ones and this guy is the latest. Advantage bull here for sure but go on and prove me wrong Jake.

Jared Parsonage vs. 9-436 Midnight Rain – There isn’t much of a book here. No qualified rides recorded in two outs at the PBR Global Cup this past November in Edmonton. Jared is coming off a win in Teepee Creek and is successful on more rides than anyone else. With Team Canada coach Aaron Roy in the house Parsonage needs to show his stuff to get a spot at the next Global Cup event in Sydney, Australia in June. Expect him to do exactly that on Saturday night.

Zane Lambert vs. 439 The Silence – Tyler Thomson raised this bull and thinks highly enough of him to enter him in what I think is one of his first Classic competitions with the ABBI in Canada. He’s drawn deep in the pen with the reigning champ too.

Jordan Hansen vs. 410 Unholy Confession – Don and Burke Ramsay of Cremona, Alberta bring this four-year-old bull to town. They are the two that raised Heaven’s Basement, now with Vold Rodeo along with Black Rose who’s now spending his time in the states. They have also drawn quite deep in 2017 NFR qualifier Jordan Hansen. I haven’t seen this bull but my bet is with Hansen. Being a classic though look for a high score to challenge West for that round win.

Fans from around the world will be able to watch the action in its entirety, via PBR’s new OTT platform RidePass. On-demand replays will be available at 6:00 a.m. MT on Monday, March, 26th at www.ridepass.com. The service can be found at www.ridepass.com, and in the Apple App and Google Play stores under the listing of RidePass.