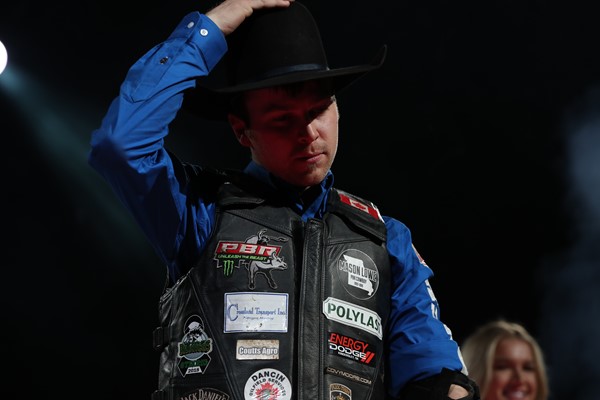 Three international riders are hoping that is the case during the conclusion of the Jack Daniel’s Music City Knockout, presented by Cooper Tires.

Australians Kurt Shephard and Nathan Burtenshaw and Canadian Dakota Buttar are on the doorstep of becoming the first rider from their respective nations to win a PBR Major.

“Shoot, it’d be a big deal,” Buttar said. “It’s something. Aaron (Roy) and Tanner (Byrne) did a lot in their careers, but it’s something we haven’t done yet and something we need to add.”

So far in the previous 18 PBR Majors, no Australian or Canadian rider has left victorious. Brazil has won 11 PBR Majors and the United States has claimed seven.

“Between me and Burto, who knows?” Shephard, the No. 39-ranked bull rider in the world, said. “We’ll try our hardest anyhow. It’d mean the world, but I’m just taking it one bull at a time. Just really enjoying my bull riding, and that’s all I can do.

Shephard, Burtenshaw and Buttar all rode their Round 1 bulls for 85.5 points to advance to Round 2 of the progressive elimination event and remain in contention for a record-setting win.

“I got on that bull in Billings this year, and he just bucked the exact same tracks,” Buttar said. “I was happy when I drew him, I just got him into my hand.”

Buttar – the No. 29-ranked bull rider – is competing in his first UTB event after missing the last two with a hip/shoulder injury.

“Yeah, it was tough, but my hip was hurting and my shoulder started acting up on me again, and that’s what took me out for so long,” Buttar said. “It hadn’t bothered me up until then, and it went from nothing to not being able to move it. I wanted to take my time with it so I could finish the year. I didn’t want to push too hard and possibly be out for the rest of the year.”

RELATED: Check out the draw for Round 2

The Top 8 riders via aggregate score following the second round will advance to Round 3 on Tuesday night. Round 4 will then consist of the top four riders in the aggregate based upon the previous three rounds.

Round 5 will feature every rider who posted a qualified ride in Round 4. A minimum of two riders will compete in Round 5. If only one rider covers in Round 4, then the PBR will draw back one rider based on aggregate scores following the completion of Round 4.

The winner of the Music City Knockout can earn up to 1,250 points toward the world standings and a minimum payday of $100,000.

After being out for three months because of a broken right collarbone suffered on Jan. 25, Burtenshaw – the No. 95-ranked bull rider in the world – would sure like to inflate his bank account and soar back into the Top 35 of the standings.

“One hundred grand,” Burtenshaw said. “I am pretty broke at the moment, so it would be pretty freaking good. That (ride) is all I needed. That is all it was. Now I am ready to go, and I will see you at Championship Sunday.”