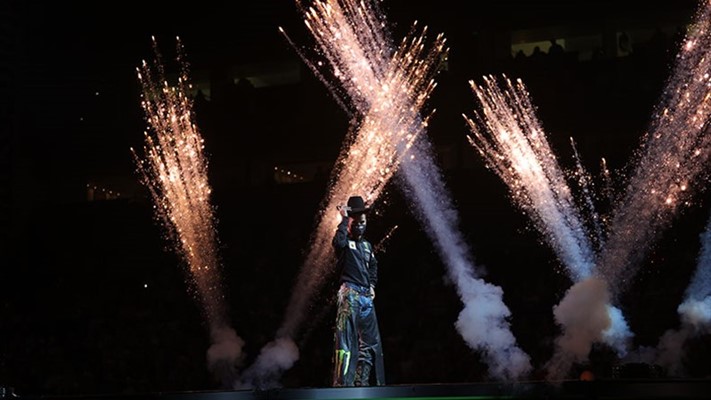 COLORADO SPRINGS, Colo. – This weekend, it was all Jose Vitor Leme. The world No. 1 bull rider made history yet again en route to an event victory, setting the new single-season record for 90-point rides. And then he added one more – because, you know, why not? Miss a moment of the action this weekend? Here’s what happened around the PBR.

Cody Hart may have held that record for more than two decades, but he was thrilled to tip his cap to Leme for breaking it.

PBR.com takes you behind the scenes with the champ as he prepared to make history.

Miss any of Leme’s 17 90-point rides? Click here to watch them all.

Now, of course, the question remains: how many 90-point rides can Leme reach this season? (Spoiler alert: he’s hoping for 30. And no, that’s not a typo.)

Leme is already up to 18 90s, as his championship-round ride on Bubba G scored 91.75 points to earn him his league-best fifth event win of the season.

The one thing Leme couldn’t do this weekend? Make the 8-second whistle in the 15/15 Bucking Battle. Neither could anybody else, though, as Pookie Holler led a dominant pen of bulls that blanked the best riders in the world.

Austin Richardson won Round 2 with a career-best 91.75 points on Medicine Man, his first 90-point ride on the premier series.

On the injury front, Dener Barbosa doctored out of the championship round after a hard landing on an injured shoulder, Cody Nance dislocated a hip and more from sports med.

Check out the best photos from day one and day two in Nashville.

We can always count on Silvano for an elite throwback.