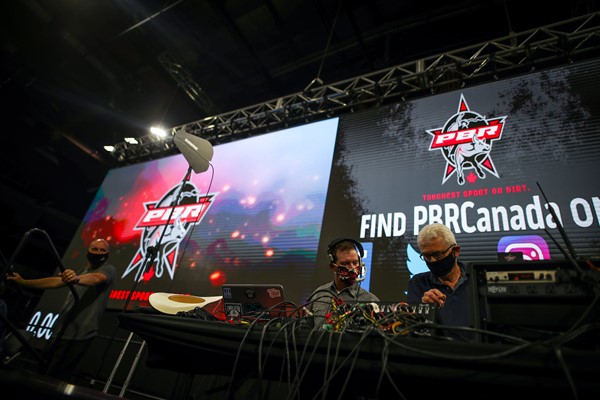 AIRDRIE, Alta. – The 2021 PBR Canada Season is in full swing, and one month from now the best bull riders in the nation will begin the intense Cup Series competition, as the league’s TSN-televised premiere division gets underway Aug. 27-28 in Lethbridge, Alberta.

With the PBR South Country Co-op Showdown, presented by VisitLethbridge.com, slated to buck into ENMAX Centre, PBR Canada General Manager Jason Davidson says there is plenty of optimism on the horizon for the remainder of 2021 and beyond.

“I think we can finally see some daylight,” Davidson began. “It’s been a long 15 months of planning, replanning, and execution since we cancelled the Regina event in March 2020. The 2020 season was not an easy year to navigate thru, but our team pulled it off and we look forward to crushing it in 2021.”

Slated to hold six, two-day events throughout Alberta and Saskatchewan, after the Lethbridge event, the Cup Series will make regular-season trips to Grande Prairie (Oct. 1-2), Medicine Hat (Oct. 15-16), Calgary (Oct. 22-23) and Saskatoon (Oct. 29-30). The 2021 season will then conclude in Edmonton at Rogers Place for the 2021 PBR Canada National Finals, presented by Command Tubular Products.

In building the 2021 season, Davidson credits the ease of planning to various partnerships the league has built in its history.

“Our track record speaks for itself,” Davidson added. “The relationships PBR Canada has built with sponsors and venues has allowed us to have very healthy conversations the past 15 months.”

“We cannot thank our partner venues, sponsors and promoters enough for the efforts they have put forth to bring PBR bull riding back to our fans.”

While Cup Series action has yet to get underway, the 2021 season is in full swing, with six Touring Pro Division events held to date in the likes of Prince Albert and Manor, Saskatchewan, along with Cluny, Czar Lake and Kinsella, Alberta.

Reflecting on 2020, after the onset of the COVID-19 (coronavirus) brought the Cup Series to a halt, Tanner Byrne, Slim Wilson, Nansen Vold and Justin Keeley are some of the individuals Davidson made sure to highlight for their tireless work to build health-restriction suitable events to conclude the year.

Davidson made sure to note that these people, and more broadly the Touring Pro Division are truly the foundation of what makes PBR Canada so great.

“Our Touring Pro Division events are the foundation of PBR Canada,” Davidson said. “We cannot develop and build better athletes without these events. The uncertainty of this pandemic could have forced many promoters to throw in the towel.  Fortunately, we are a resilient bunch and quitting is not in their vocabulary.”

“I was able to attend the Tanner Byrne Invitational last month and my one take away from that event was the competition,” Davidson said as he returned his focus to 2021. “Not just the talent of the bull riders, but the exceptional crop of young bucking bulls Canada has to offer.”

“With PBR Canada reaching new heights by bringing our finals to Rogers Place in Edmonton, Alberta this year, I think the fans are in for an absolute treat this season.”

And as Davidson concluded is hopeful message, he made sure to pause to take time to thank the lifeblood of the sport – the fans.

“I think my message is the whole PBR Canada team’s message -- we cannot wait to do what we do in front of passionate PBR Fans, and what better place to kick it off then in ENMAX Centre in Lethbridge, Alberta, August 27-28.”

“This group is fired up to bring their show back to life, and I feel that so many people want to get out and be with other people again. The 2021 PBR Canada season is going to be something special.”

Tickets for the season-launch event in Lethbridge are on sale now and start at $30, standard fees may apply. They can be purchased online at ENMAXCentre.ca, or by phone at (403) 329-7328.