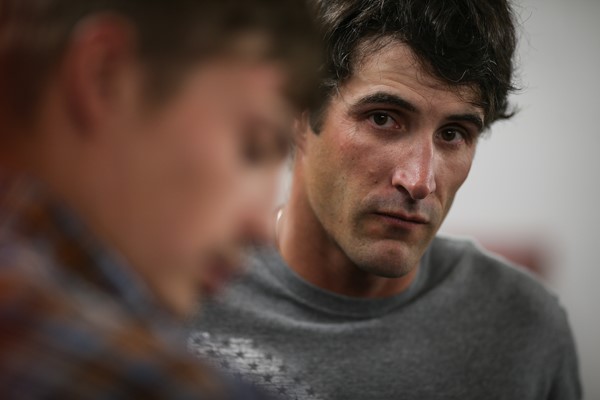 Aaron Roy is currently No. 5 in the race to be crowned the 2022 PBR Canada Champion. Photo: Covy Moore/CovyMoore.com.

AIRDRIE, Alta. – Three-time PBR Canada Champion Aaron Roy got the monkey off his back last weekend, taking home the win in Grande Prairie, Alberta, after hitting a midseason slump.

Courtesy of a 2-for-3 performance, Roy surged from No. 8 to No. 5 in the heated PBR Canada National Standings, setting him up for a strong position and some breathing room heading into the final stretch of events before the PBR Canada National Finals at Roger’s Place in Edmonton, Alberta.

Roy says that drawing well was a big part of what helped him to the win in Grande Prairie, adding that it is the right time of the year to get momentum rolling.

“The weekend was good. I drew the right bulls, did my job and stayed on top,” Roy said. “That is what everybody was there to do. Wish I had the other second and a half back in that short round, but that is kind of the way things go sometimes.”

“It’s good heading into these last two Cup events before Finals, going in hot gets you rolling, gets you hot for the Finals and keeps you doing good.”

Roy, who’s last PBR Canada Championship was earned 10 years ago says that he doesn't really set goals or get too worried about what his draws are throughout seasons anymore. He’s instead been going out to just ride bulls and have as much fun as he can along the way.

“The goal is to be the No. 1 guy all the time,” Roy added. “I never set a goal all year. I have been going all year to have fun, and if it’s working out, it’s working out. I know I am capable of riding bulls and being up there all the time, it’s just about keeping your head wrapped around that and keeping the mental side of the game in check.”

“I typically don’t look at the short round bulls. I will glance over it for a second, but if I get thinking too far ahead of my bulls, I will think myself right off their back. I glance at what I have, but I try and not think about it at all. I ride better when it's jump for jump over thinking about a bull ahead of time.”

As for what drives the 35-year-old veteran, he says it's just the love of the fun of the sport and one special member of his family -- his son Axel.

“Right now I am just having fun doing it. I am not expecting too much of myself or trying to push myself to the limits going everywhere. I am just going and having fun riding bulls.”

“It certainly helps that I have a young man at home who loves this sport and is pushing me along just as much or maybe more than I do.”

Taking home a title in the PBR Canada ranks is simple for Roy, saying that it will come down to who is most consistent in this final stretch.

“Staying on bulls, just consistency,” Roy explained. “It’s the biggest thing in PBR Canada right now. You just need to stay on your bulls and you will be there for a Championship.”

The veteran has seen the bright lights of the PBR World Finals multiple times, three PBR Canada Championships, but says he is excited about some of the young guys coming up the ranks.

“There are a couple rookies I really like in Stefan Tonita and Weston Davidson. I think they both have what it takes to be up there, they just need to get those couple big rides under their belt so they know what it feels like. I know they have what it takes, I have seen them do it before. Just hit the road hard.”

“Chad Hartman and Cauy Schmidt as well. I don’t even consider Cauy a sophomore, he is more a veteran in the way he approaches it and rides. Chad basically just needs to get that monkey off his back. He just needs to stop thinking and go out there and ride bulls, I know he can do it. I have witnessed him do it plenty. Just learn to play that mental game and go out there and ride bulls.”