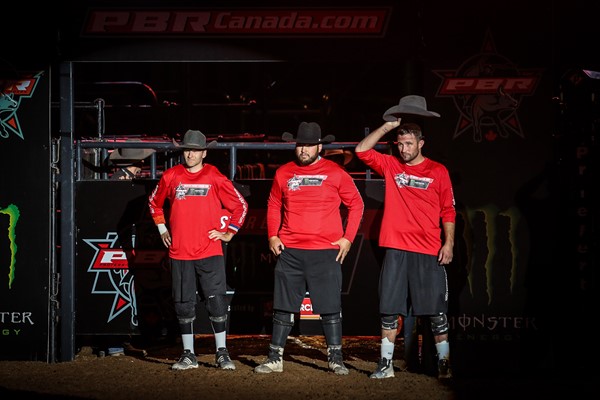 For Calgary, Alberta’s Monea, this marks his sixth career and third consecutive appearance at the PBR Canada Finals, while it will be the first-ever trip for both Williams Lake, British Columbia’s Loring and Strathmore, Alberta’s Prescott.

While Loring and Monea will both be making their finals debut, the trio have teamed up on numerous PBR events, most recently at the final regular-season Monster Energy Tour event in Abbotsford, British Columbia.

This year’s judging contingent will consist of Ryan Byrne and Merle Freeman.

Byrne, patriarch of one of the most respected Canadian families in the sport, will be making his first trip back to the event since 2011. He judged each finals event from 2006-2011.

The judging panel will be rounded out by Freeman, making his second consecutive trip to Saskatoon.

Both bullfighters and judges were selected by the top riders in PBR Canada’s national standings, all of whom are anticipated to ride in the season-ending event.

After a year’s absence, Brett Gardiner will return as the in-arena announcer. Gardiner worked his first PBR Canadian Finals in 2012, and has since been the voice for three additional finals.

The bull riding action begins at 7:30 p.m. CT on both Friday, Oct. 20 and Saturday, Oct. 21. All bull riders will get on one bull each in Round 1 on Friday night and Round 2 on Saturday night. The Top 15 will then advance to the championship round where the PBR Canada Champion and event winner will be named.