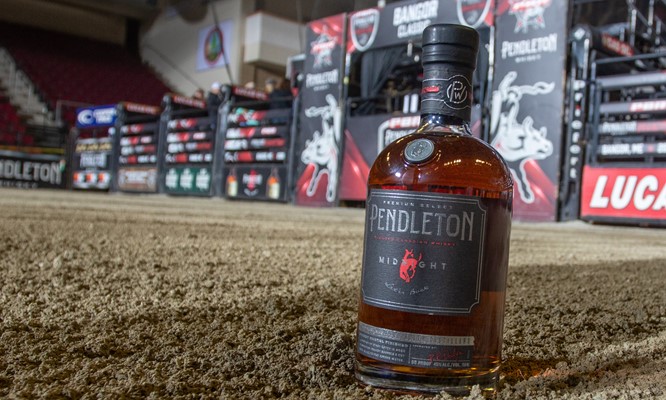 “As the official whisky of the PBR Canada Monster Energy Tour, Pendleton Whisky is excited to further its strong relationship with the most popular Western sports organization in the world,” said Mike Keyes, President & CEO of Proximo Spirits. “By working hand-in-hand with PBR, we will broaden the appreciation for Western lifestyle across Canada, catapulting the reach, distribution, and sales of Pendleton Whisky, and sharing with fans what it means to ‘Let’er Buck!’”

Joining the Touring Pro Division (TPD), the MET debuted in 2016 as Canada’s first cross-country, nationally televised series, seen weekly on the TSN family of channels. In 2018, the MET achieved its first two sell-outs, in Calgary, Alberta and Moncton, New Brunswick. In 2019, the tour continued to expand, holding a league-high 10 events, while experiencing a 36% attendance increase year-over-year. That season, after another sold-out event in Calgary, the MET also welcomed its first capacity crowd in Edmonton, Alberta.

“As PBR Canada continues to grow, we couldn’t be more excited for Pendleton Whisky to join us as the official and exclusive whisky of the nation’s elite Monster Energy Tour, while also having a presence on the Touring Pro Division,” said Jason Davidson, General Manager, PBR Canada. “Thanks to the support of partners like Pendleton Whisky, we are able to continue taking the sport to new heights, creating new opportunities for both bull riders and stock contractors alike, while also bringing the esteemed brand to new communities throughout our great country.”