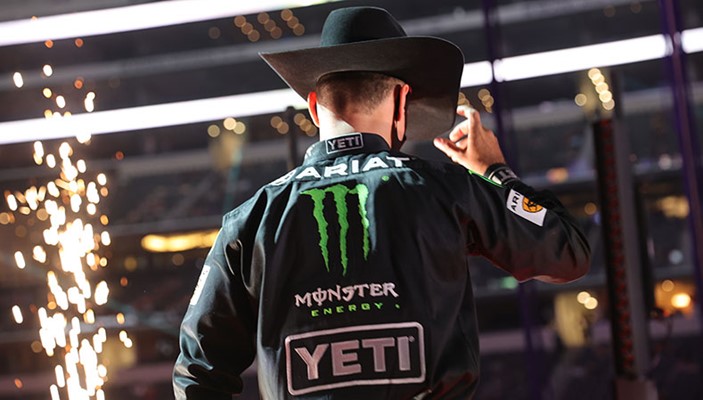 PUEBLO, Colo. – Ahead of the launch of the 2021 PBR (Professional Bull Riders) Unleash The Beast season Saturday in Ocala, Fla., the league has announced a major format change for the premier series. PBR is introducing one-day competitions, which will create daily winners, further intensifying the race for the PBR World Championship and accompanying $1 million bonus.

The format change will afford the world’s best bull riders more opportunities to earn world points, while guaranteeing that fans will see a winner every time they attend or tune-in to an Unleash The Beast tour stop.

The 2021 season – now comprised of one-day competitive showdowns all season long – is projected to host more than double the amount of premier series competitions compared to past seasons.

“Every time a fan buys a PBR Unleash The Beast ticket, they want to see a championship round and a winner. The new format makes that a reality,” said PBR CEO and Commissioner Sean Gleason. “Additionally, there is now the potential for more outs per weekend, giving riders more opportunities to garner points. By emphasizing winning, these changes will make our gold buckle race even more exciting and enhance the fan experience.

“Additionally, this change can help keep our industry moving forward by allowing us to remain flexible in places where health guidelines may change quickly and without notice.”

For every premier series event, each calendar day of action will constitute a competition.

Each competition will be comprised of two rounds. The Top 30 riders in the world will attempt one bull each in Round 1 of the competition, with the Top 12 advancing to the championship round. If fewer than 12 qualified rides are logged in the first round, the remaining positions will be filled on buck off time.

At the conclusion of each weekend of action, the rider with the most world points earned across all the competitions will be anointed the event winner, presented with a Montana Silversmith’s belt buckle and presented a $10,000 bonus. The event winner will not receive additional world points.

The new format for the PBR Unleash The Beast will debut on Jan. 16-17 in Ocala, Florida for the season-launch PBR Monster Energy Invitational at the Southeastern Livestock Pavilion where riders will begin their quest to qualify for the season-culminating 2021 PBR World Finals on Nov. 3-7 in Las Vegas.

PBR has also increased the number of world points available at the World Finals for the upcoming season. One rider will now be able to earn a maximum of 2,160 world points at the five-day World Finals, further intensifying the 2021 World Championship race.

The new points tables are as follows:

Riders will also still have a pathway to the elite Unleash The Beast via the Pendleton Whisky Velocity Tour (PWVT), the league’s expansion series. Like past seasons, each PWVT event winner will earn an automatic berth to a pre-determined Unleash The Beast tour stop.

New for the 2021 season, the top rider from the PWVT standings will also earn a berth to compete weekly on the premier series.

Should the PWVT event winner already be seeded on the premier series, the event invite will be negated; however, if the standings leader is already in the draw for the Unleash The Beast event, the invite will pass down to the next rider in the PWVT rankings.

If the event winner and the top-ranked rider in the Velocity Tour standings are the same, that rider will be the lone individual extended an invite.

PWVT riders will begin to earn berths following the Cedar Park, Texas event on Jan. 16-17. Riders competing at the PWVT season-opener in Cedar Park will be battling it out for spots in the two-day Unleash The Beast tour stop in Okeechobee, Florida on Jan. 30-31.

For more information on PBR, including the latest schedule of events for the Unleash The Beast and Pendleton Whisky Velocity Tour, visit PBR.com.