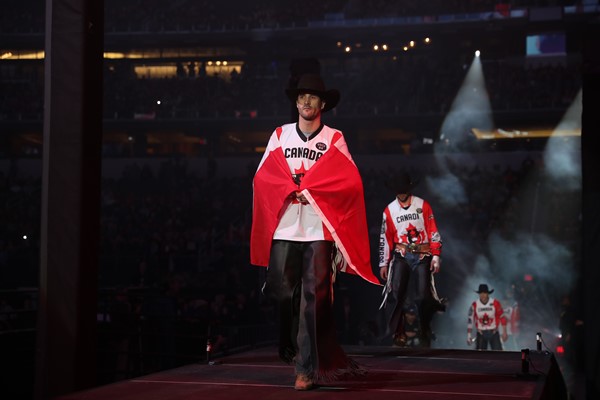 NEW YORK CITY – When Team Canada boarded their flight for the first-ever PBR Global Cup on U.S. soil in February 2019, they had one thing on their minds – victory.

Following a heart-breaking defeat on home soil in Edmonton, Alberta in November 2017, for the inaugural edition of the event akin to the “Olympics of bull riding,” Team Canada finished a slim 19.75 points behind the event-winning Team Brazil at the then most recent Global Cup in Sydney, Australia in June 2018.

Under the consistence leadership of three-time PBR Canada Champion Aaron Roy, returning to pilot the team for the third edition of the event, the team also possessed one of their strongest rosters including Tanner Byrne and Jared Parsonage who had been perfect the season prior in Australia, and Jordan Hansen, poised to make his Global Cup debut.

With the talent-packed roster also including the likes of Dakota Buttar, Zane Lambert and alternate Wacey Finkbeiner, the final rider for the contingent made history with his qualification.

After being selected to coach the nation in August, Roy made history four short months later when he also qualified to compete for Team Canada courtesy of his ranking in the Canadian national standings.

As a result, Roy historically became the first rider to ever both coach and compete.

“I’m excited to be able to do both, ride and coach -- that was the first thing I asked was if I could do it,” Roy explained following his qualification.  “I think it is going to be challenging, but I’m definitely up to it.”

And while the Canuck contingent had momentum at their backs entering the event, their finish was not what they had hoped for, concluding the stop sixth.

However, in the midst of the disappointing result, Roy accomplished yet another career milestone no other Canadian has been able to achieve – surpassing $1 million in career earnings.

“It’s something I really appreciate,” Roy said as he reflected on his career. “It’s pretty cool, to be right in there with an elite group of guys, like L.J. Jenkins, Justin McBride, all of those guys, you’re right up there with them. And to be in the same category as them means a lot.”

And to be the first Canadian to achieve the feat adds extra sentiment for Roy.

“It shows people that it is doable and you can make a really good living riding bulls. And being from Canada, you can go places and have goals to achieve.”