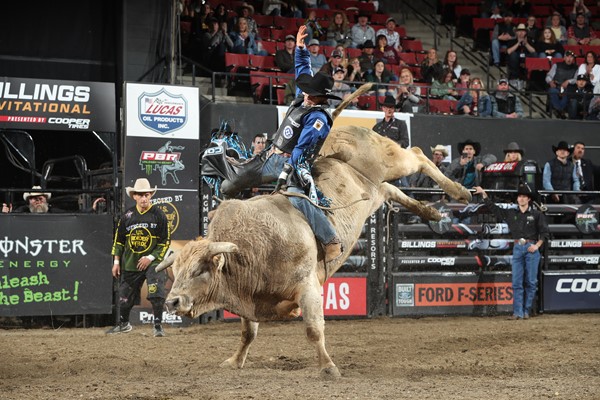 MINNEAPOLIS, Minnesota – This weekend when the elite PBR Unleash The Beast makes it’s triumphant return to Minneapolis and the Target Center for the first time since 2006, Canada will be represented via both riding and bucking talent.

While Dakota Buttar will be the lone Canuck rider competing, he will be joined by 17 bulls from the nation making the journey stateside.

For Buttar, he will look to ride his momentum from Fairfax, the most recent premier series event, where he went 2-for-3 to finish ninth.

After covering Buffalo Scott for 86.75 points in the second round, the Saskatchewan man rose from thirteenth to fourth in the overall event aggregate.

Selecting Birthday Cake in the championship round, Buttar’s bid for his first premier series event win of 2019 came to an end when he was bested by the bovine athlete in 4.59 seconds.

In Round 1, he’ll attempt Minnesota’s own I’m Smooth from Matt Scharping and Phenom Genetics. The out will mark the bovine athlete’s debut on the Unleash The Beast.

The Maple Leaf contingent is led by Eno Bucking Bulls’ Home Grown, set to buck in the championship round.

Thus far in 2019 the bovine athlete has bucked three times on the Unleash The Beast. After earning a 43.5 point score in March for his 3.78-second trip with Ruger Piva in Tacoma, Washington, Home Grown bucked twice at the April event in Billings. After he was ridden by Joao Ricardo Vieira for 87 points, earning a 42-point bull score, he dispatched Lindomar Lino in 2.6 seconds to earn a 41-point bull score.

Since, Home Grown has been active in Canada. In his most recent trip he was marked a career-high 45 points for his 3.99-second buckoff of Nick Tetz in Stavely, Alberta in August.

Fans will be able to watch the action in its entirety live via PBR’s new streaming digital platform RidePass. Round 1 will be broadcast exclusively on the platform beginning at 8:30 p.m. EDT on Friday, October 4. The listen live stream of Round 2 and the championship round will begin at 7:30 p.m. EDT on Saturday, October 5.