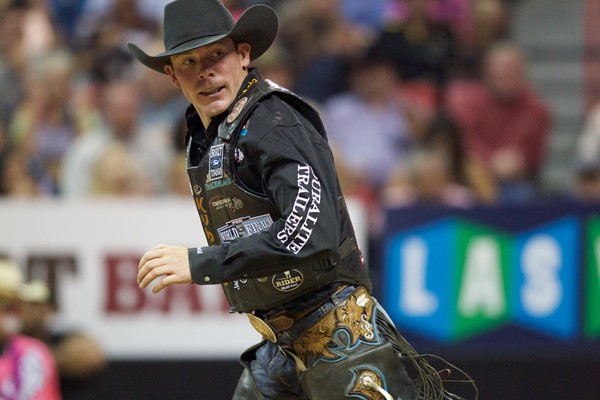 NEW YORK CITY – While 11 different riders have attained the coveted PBR Canada Championship, and two have ascended into the elite ranks of being multi-time national champions, only one can say they were the first PBR Canada Champion – Scott Schiffner.

In 2006, PBR launched its Canadian division, with a fierce title race quickly ensuing.

During the regular-season Schiffner quickly established himself as a front runner for the inaugural national championship.

The Strathmore native made his PBR Canada debut on April 7 in his home province in Clive, Alberta where he finished third, collecting a cheque for $1,088.93.

Delivering a fifth-place finish to earn $348.46 the very next day in Cochrane, Alberta, Schiffner captured his first victory at the third PBR Canada event of his career, when he was the winner on April 21 in Prince Albert, Saskatchewan, netting his largest pay cheque to date in Canada, $6174.23.

Riding in an additional 13 PBR Canada events prior to the season-culminating Rocky Cup event in Calgary, Schiffner earned an additional four event wins, including a victory at the prestigious Glen Keeley Memorial, and seven Top-5 finishes.

With the title awarded in the early years on season earnings as opposed to national points, Schiffner began Round 1 of the first-ever Canadian Finals having amassed $31,697.

From the moment the first bull bucked, action inside the SaddleDome was undeniably fierce, with a two-man race quickly emerging between Schiffner and Aaron Roy for the coveted national championship.

Rising to the occasion, Schiffner seized the moment in a monstrous way.

“I have to really take my hat off to Aaron Roy, it came down to him and me and he put the pressure on,” Schiffner said at the time.

“Getting on just to get on really doesn’t get my motor going anymore,” Schiffner said further following the win. “When there’s pressure on, and you have to ride to win, that’s what I really love about bull riding.”

In addition to having great success on Canadian soil, 2006 was also a year of firsts for Schiffner on the global bull riding stage.

Making his World Finals debut that October, Schiffner notably rode his Round 1 bull, Too Sharp, for 86.25 points.

In the more than decade of time that passed from the time he won the inaugural PBR Canada Championship in 2006, to when he retired in November 2018, Schiffner continued to ascend into the ranks of Canadian bull riding’s elite.

Punctuating his prolific career with a seventeenth qualification to the “Greatest Outdoor Show on Earth,” – The Calgary Stampede – in 2018, Schiffner notably won the iconic event twice (2001 and 2014).

Among his myriad of other honors, the Strathmore, Alberta native was also the recipient of the prestigious Glen Keeley Award in 2007 as the top-earning Canadian in PBR competition, earned the Guy Weadick Award in 2011 for his embodiment of the cowboy spirit and the values exemplified at the Calgary Stampede, and was recognized as the Cowboy of the Year in 2012 by the CPRA.

And his accolades have only continued to accrue while in retirement, named the Head Coach for Team Canada at the 2020 PBR Global Cup USA where the nation was fourth, while also being one of the trusted voices on PBR Canada telecasts on TSN as he gives detailed play-by-play coverage.