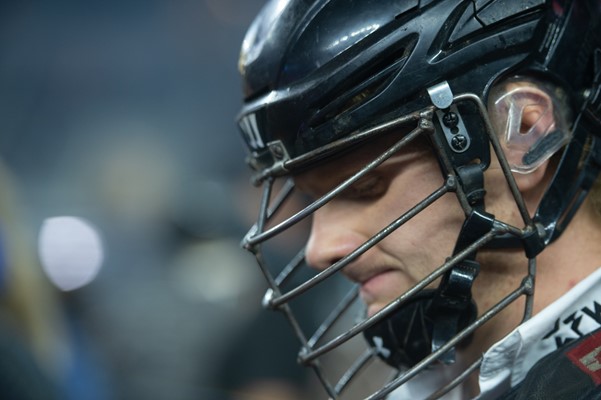 AIRDRIE, Alberta – Brock Radford walked into Revolution Place in Grande Prairie, Alberta for the 2020 PBR Canada Monster Energy Tour Finals Week No. 2 in the national standings, and hot on the spurs of eventual champion and then No. 1 Dakota Buttar.

With a tough 1-for-4 performance at the three day, four-event season-culminating tour stop, Radford settled for third place in the national championship race, but quickly transitioned his focus to the PBR World Finals.

Advancing to prestigious event as an alternate compliments of his efforts on home soil, Radford soon found himself a constant competitor at the four-day event after a number of riders were unable to compete ahead of the first night of competition.

“I guess I am happy with my year,” Radford said. “To have only really rode for three months, a few events and to go to World Finals is good.”

“I wasn’t happy with my Canada or World Finals at all,” he continued. “That is part of being off too. It is hard to stay focused on a sport where you need to be 110% and on all the time. Obviously this year has been hard for a lot of people, but guys up here especially who have been half in, half out.

“Lots of us have gotten day jobs. It was just not having my tools as sharp as I needed them to be. We will be there next year for sure, and they will be sharp.”

When action got underway inside AT&T Stadium, Radford was quick to strike, covering Stretch for 89 points in Round 1.

“I got really pumped up before,” Radford explained. “”I took in the moment ahead of that first one. I sat above Stretch for a little while, they played “Bad to the Bone,” before I got on because J.B. [Mauney] was before me. I took in that moment too and enjoyed it.”

“Other than that I kind of rang my bell a little bit and came down on my shoulders on that first one. I didn’t knock myself out, but I dang sure rang the bell. I just went back to the dressing room, I knew I was 89, but it's the PBR World Finals and I knew I wasn’t going to win the round or anything. I was hoping to grab a Top 5.”

Seeking the wisdom of veteran Canadian rider Tanner Girletz as he awaited the results in the locker room, Radford finished the opening night tied for fifth, earning $5,500.

Round 2 was the first of two drafted rounds of competition riders. Leaning on the expertise of PBR Global Cup Team Canada coach Girletz, Radford had a fantastic support system from back home as he made his selection.

“Tanner is the OG mentor for me,” Radford began. “He is one of the guys that took me under his wing. He is a guy whose opinion I value highly. I value his knowledge of bucking bulls, and he is just a great friend.”

“I was calling or texting with him while I was down there every night of the draft. We were figuring out bulls, he would find some video of them.”

With his first pick, Radford drafted Lil 2 Train, a standout from Gene Owen.

“I had a really good pick,” Radford said. “I picked one that I wanted, one that I know I can ride and should ride. Actually one of the bulls that I really knew and stood out to me. He fits my style perfect. Everything about him, I like that he is a bigger bull.”

“That was a good pick, I just didn’t use it. I stubbed my toe on him. That is the absolute best in the world down there, so you can’t hang your head getting thrown off any of the bulls that are at that event. But that's also not what I expect of myself. I know I should have rode him, and at least one more. That's not the way it went.”

Radford concluded his second career PBR World Finals 19th having gone 1-for-4. He admitted, however, that he expects a lot more out of himself, but has taken lessons taught in this unprecedented season to help him excel in 2021.

“I definitely feel like I learned a lesson down there. I gained a lot of confidence being there in general. I am just ready for 2021,” he said.

“I need to remember who the heck I am. That is the lesson. I just need to breathe and remember who I am. I need to ride bulls my way. Not get caught up in styles, or think there is a right way to ride the bulls. There is one way to ride a bull, and that is my way.”

One bright note for the De Winton, Alberta cowboy was the 32.5 points he earned in Texas, setting him up for what should be a superb 2021 season.

And while Radford is excited for the opportunities that await him in the United States in the coming season, he is also proud of what his home nation was able to accomplish in 2020 in the face of the challenging times.

“The PBR is leading the charge in that sense up here,” Radford said of the Canadian division’s return to competition. “They are fighting to get events for us so we can continue to make a living. Most of us have adjusted and gotten other jobs, but it’s still a great income and drive to have. There might have only been a handful of events for us to go to this year, but it’s a lot better than nothing and they work their asses off for us. Like I said, it got me and my ticket down to Texas and the PBR World Finals,” he said.

“I know every one of us appreciate it. Hopefully we are back seeing each other every weekend before you know it.”