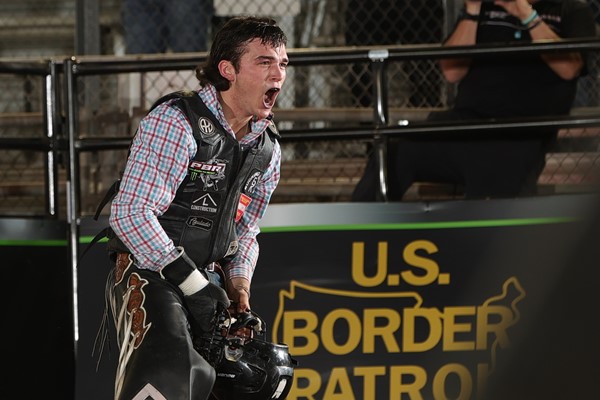 As the month of January came to a close, action on the elite Unleash The Beast continued to ramp up with historic debuts and massive 90-point rides. Photo: Andy Watson/Bull Stock Media.

PUEBLO, Colo. – The 2021 PBR Unleash The Beast: American Roots Edition continued its swing through Florida this past weekend, and if you didn’t know the name Colten Fritzlan before… well, you do now. Plus, Smooth Operator was back to his old World Champion Bull tricks and Cole Melancon stayed hot. Miss a moment of the action this weekend? Here’s what happened around the PBR.

In December, Colten Fritzlan won the 2020 NFR bull riding title. This past weekend, he became just the 10th rider ever to win his debut premier series event.

Smooth Operator may have been ridden in his last two consecutive outs, but the scores befit a two-time YETI World Champion Bull. In Okeechobee, Marco Eguchi conquered the 11-year-old for a cool 94 points.

Last week, it was Ezekiel Mitchell taking Smooth Operator to the whistle – and he hopes to parlay that into success for the rest of the season.

Cole Melancon won Round 1 in Okeechobee for his third round victory of 2021. For some perspective: in 2020, he won zero rounds.

In more somber news, the PBR community mourns Sharon Shoulders, who passed away on Saturday at the age of 91.

Check out the best photos from day one and day two in Okeechobee.

We’ve got some comebacks in the works!