#InCaseYouMissedIt: Barbosa Notches First Win of 2021, Leme is Back on Top of the World and More 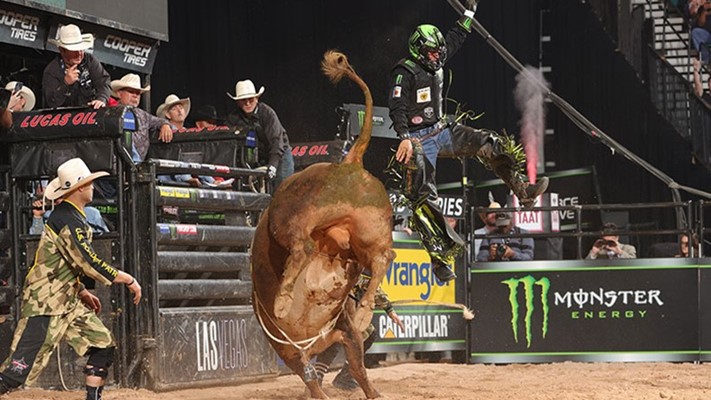 COLORADO SPRINGS, Colo. – The first half of the 2021 season is officially in the books, and Dener Barbosa couldn’t let it end without putting his name in the win column. Plus, there’s a new world No. 1 bull rider, a fresh bovine face entered the YETI World Champion Bull picture and more. Miss a moment of the action this weekend? Here’s what happened around the PBR.

As the world title race heats up, don’t overlook Dener Barbosa. The Brazilian earned his first event win of the season in Las Vegas – on a bull that had seriously injured him in a previous matchup, no less – to climb to No. 4 in the world standings.

What would a weekly recap be without talking about Jose Vitor Leme? The 2020 PBR World Champion began his weekend by becoming the first rider to conquer Cha Ching…

…and ended his weekend with a fourth-place overall finish and as the world No. 1 bull rider. Sounds about right.

Cody Jesus also had a huge weekend, as he won Round 1 to climb back into the Top 35…

…and won the championship round with a career-best 92.5-point ride on an injured leg.

If you’re looking for a bull to keep an eye on, look no further than Marquis Metal Works Coriolis Effect. The 5-year-old is 15-1 in his UTB career and moved to No. 4 in the YETI World Champion Bull race with a 46.25-point out in Las Vegas.

At the Bill Pickett Invitational Rodeo…

In 2002, Gary Richard became the oldest rider ever to win an Unleash The Beast event at 39 years old. Now his son Gary Richard Jr. looks to follow in his footsteps.

Zane Lambert held the lead after the first day of the Tanner Byrne Invitational in Prince Albert, Saskatchewan…

…but Jared Parsonage ultimately took PBR Canada’s season-opening event win to surge to No. 1 in the national ranking.

Check out the best photos from day one and day two in Las Vegas, and the Bill Pickett Invitational Rodeo.

Congratulations to Dalton Kasel and his new fiancée!

The throwback we needed.

The Bill Pickett Invitational Rodeo Showdown in Vegas will make history as the first all-Black rodeo to reach a national television audience – tune into CBS on June 19 at 1 p.m. ET.