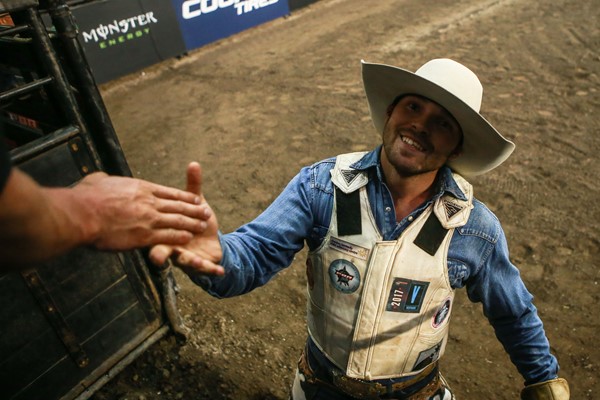 Young began the night strong, finishing tied for second in Round 1 after riding Heaven Sent (Thompson Rodeo) for 84 points.

The 25-year-old then rode Minion Stuart (Skori Bucking Bulls) for 88.5 points in the short go, winning both the round and the event.

The win comes just the day after Young was the highest finishing Canadian at the Bullbustin' in Support of the Sheldon Kennedy Child Advocacy Centre, where he finished seventh.

Edgar Durazo (Moctezuma, Sonora, Mexico) finished second, as the only other rider to go 2-for-2.

After winning Round 1 with an 84.5-point trip aboard Snap Backs (Skori Bucking Bulls), Durazo logged a matching score in the championship round aboard Big Bear Energy's Gretzky (Outlaw Buckers).

Durazo, one of several riders double entered at the event, also finished tied for fifth after his 83.5-point ride aboard Wild Child (Girletz Rodeo Stock) in Round 1, earning him an additional $377.82 and 7.5 world points.

Official results from the Edgerton PBR Bullarama on July 7, 2017.