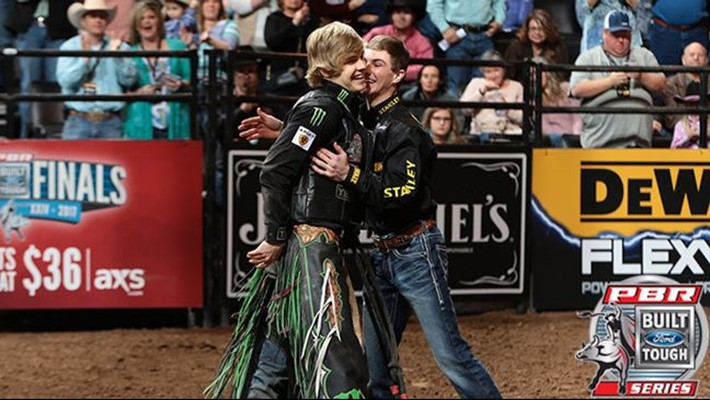 Leading the contingent of riders traveling to Canada from the elite BFTS is world No. 4 Derek Kolbaba. In just his second full season on the BFTS, the 21-year-old has already won two BFTS events (Oklahoma City and Little Rock, Arkansas), and recorded one of the highest-scored rides of the season when he covered 2016 PBR World Champion Bull SweetPro’s Bruiser for 92 points en route to his title in Oklahoma City. Kolbaba currently trails world leader Eduardo Aparecido by 1,215 points.

2016 PBR Rookie of the Year, and current world No.6, Jess Lockwood held the No.1 spot in the world standings for the first six weeks of the season. The 19-year-old phenom began his 2017 campaign by winning the PBR Major event at Madison Square Garden in New York, going a perfect 4-for-4. Three weeks later, he bested the world’s top cowboys in Sacramento, California.

Rounding out the slate of Top-10 ranked riders competing in Quebec City is world No. 8 Matt Triplett. The Montana cowboy won the BFTS stop in Sioux Falls and recorded two round wins before the tour entered its annual summer break. Triplett holds one of the top riding percentages (44.44 percent) and ranks in the Top 10 for most bulls ridden (20) on tour.

Other notable names from the BFTS scheduled to compete include No. 21 Fabiano Vieira, No. 35 Brennon Eldred, No. 36 Reese Cates and No. 37 Robson Arago.

Leading the Canadian field of riders is Jared Parsonage and Lonnie West, the Top 2 riders in the PBR Canada national standings. Other Canadians anticipated to ride in Quebec City are 2013 PBR Canada Champion and 2016 PBR Canada Finals event winner Zane Lambert, along with Quebec’s own Eric Isabelle.

After opening in Québec City, the national series moves on to visit Ottawa on June 9; Toronto, June 24; Calgary, September 23; Winnipeg, October 6; Abbotsford, October 14; and Saskatoon, October 20 and 21, where a PBR Canadian champion will be crowned.

Tickets for the Quebec City event are on sale now and can be purchased online at www.ticketmaster.ca or www.gestev.com, and via telephone a 1-855-790-1245.