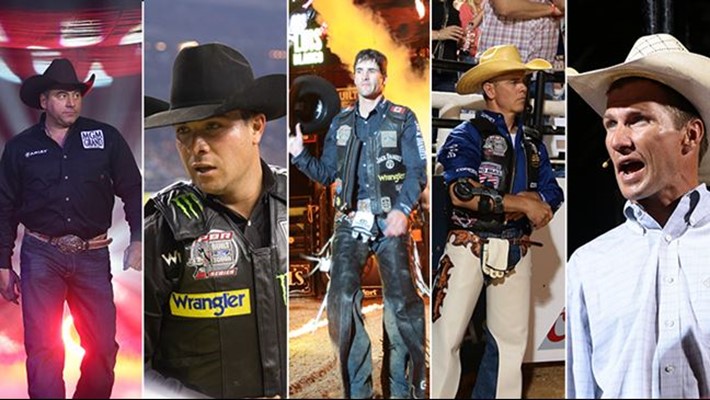 NASHVILLE, Tenn. – Professional Bull Riders (PBR) has announced the coaches who will lead the five teams competing in the inaugural PBR Global Cup – an international bull riding tournament – that is set to debut Nov. 9-11 in Edmonton, Alberta, at the state-of-the-art Rogers Place.

The PBR Global Cup team members will qualify for their teams based on the PBR world standings following this weekend’s Music City Knockout in Nashville.

About the PBR Global Cup Coaches

A statue of Adriano Moraes on Little Yellow Jacket stands at the entrance of PBR’s headquarters in Pueblo, Colorado, recognizing his larger-than-life role in the development and expansion of the sport of professional bull riding. The Brazilian started riding bulls when he was 15 years old. After winning Brazilian national titles in 1992 and 1993, he moved to the United States in 1994, where he won the World Championship in the PBR’s inaugural season. Moraes would become the first athlete in the PBR to win three World Championships. His overall PBR career earnings would total over $3 million. In 2011, he received the ultimate honor – the PBR the Ring of Honor. Moraes qualified for the PBR World Finals a total of 14 times (1994-98 and 2000-08.)

Like his fellow countryman Adriano Moraes, Robson Palermo began riding bulls at 15, after watching VCR bull riding tapes over and over growing up. After winning the Brazilian Bull Riding title in 2005, he moved to the U.S. for bigger opportunities in the sport the following year. Palermo has won 13 events at PBR’s elite level, and is the only rider to win the PBR Built Ford Tough World Finals event three times (2008, 2011, 2012), including becoming the first rider two win the prestigious event in consecutive years. Palermo ranks 10th in PBR career earnings with $2,585,916.11, including $1,173,591.60 at the Built Ford Tough World Finals.

Aaron Roy is one of the most accomplished Canadian bull riders as the first three-time Canadian National Champion, the all-time Canadian money leader ($974,737.50) and a five-time Glen Keeley Award winner, an award given to the Canadian rider who accumulates the most points in a season. After fracturing vertebrae and breaking his jaw at the 2013 Calgary Stampede, the Saskatchewan native returned to bull riding action after having a rod and eight screws surgically inserted into his back and qualified for the PBR World Finals again in 2015 and 2016.

Michael Gaffney, the 1997 World Champion, ranks as one of the sport’s most popular and accomplished riders.  The native of New Mexico had been riding in the PRCA when he and 19 other riders founded the PBR in 1992, scraping together $1,000 to invest in the new league. During his career, Gaffney amassed thirteen 90-point rides and successfully rode the legendary Little Yellow Jacket twice in 2004, for 93.75 and 96.5 points. That 2004 ride in Nampa, Idaho, was the last time a rider reached the 96.5-point mark, which is the highest numerical score in PBR history. He joined Bubba Dunn and Chris Shivers, who did it twice, as the only riders to record the score. A year later, Gaffney was inducted into the PBR Ring of Honor.

Two-time PBR World Champion Justin McBride won $5.1 million during his PBR career, the fourth-most in PBR history. McBride was inducted into the PBR Ring of Honor in 2008, and holds the PBR record for event wins in a season with eight (2007) and all-time event wins (32). The native of Belton, Texas, has worked as a color commentator for the past eight seasons, providing clear insights and analysis drawing on his experience as one of the greatest bull riders of all time.