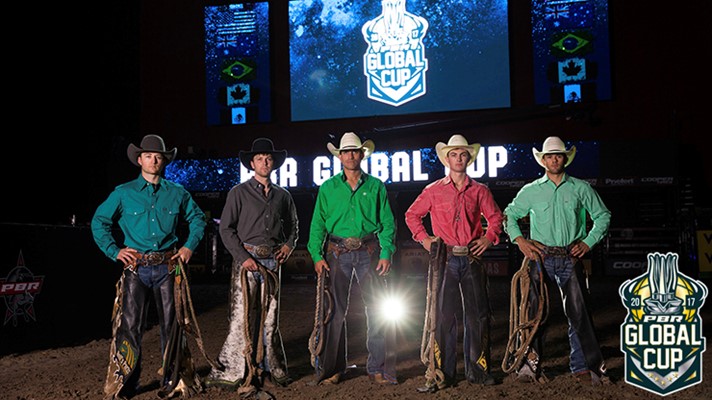 EDMONTON, AB –Single-day tickets for the PBR Global Cup presented by Encor by EPCOR coming to Rogers Place November 9-11 are on sale now.

PBR Global Cup will feature three nights of the world’s best bull riders from Canada, the United States, Mexico, Brazil and Australia, all competing for a Canadian-record purse of $1,000,000. Single-day tickets start at $70, and in addition to 3-Day Global Cup packages already on sale, are available for purchase at RogersPlace.com or Ticketmaster.ca.

“This is going to be a great event,” said Team Canada Coach and three-time PBR Canada Champion Aaron Roy. “Canada has the home field advantage, so hopefully we can pull out the win to be the first country with bragging rights. It’s going to be hard, but we have very talented riders. I believe Canada will be able to win it.”

“Competing in my home country will be awesome,” said Team Canada rider Brock Radford. “It’ll be an experience, that’s for sure. Rogers Place is a very nice building where you feel like a gladiator down on arena level. It’s one of the biggest buildings I’ve been in, and it’ll be outstanding to see a bunch of cheering fans in all of the seats.”

For more information on the PBR Global Cup presented by Encor by EPCOR or to secure 3-day packages before single-day tickets become available, please visit RogersPlace.com/PBR.