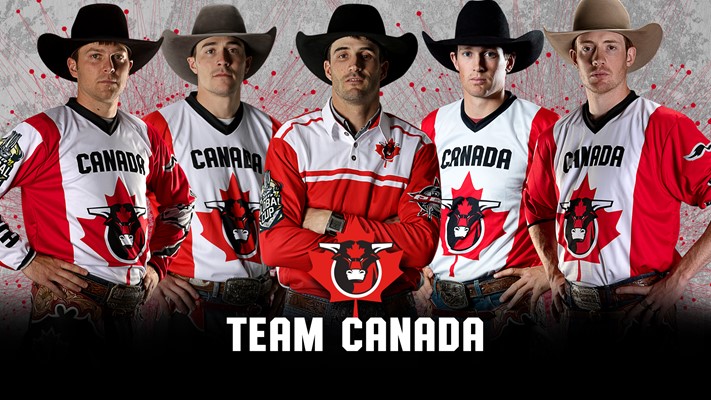 As three-time Canada Champion Roy’s penultimate pick, Parsonage brings a stellar Global Cup record to the team, having gone 3-for-3 in Sydney, which was also his debut selection to the Canuck contingent.

Competing nearly exclusively on Canadian soil in 2018, Parsonage is currently No. 4 in the national standings, just 560 points behind No. 1 Lachlan Richardson (Gresford, New South Wales, Australia).

Teel brings past Global Cup experience to the contingent as a member of Team USA, which won at the inaugural stop in Edmonton.

Inside Rogers Place, the 26-year-old added an 83.25-point ride aboard Springer Mountain (Dakota Rodeo/Chad Berger/Clay Struve) to his nation’s total on the final night of competition, helping the American squad make a come-from-behind surge to win the first leg of the Global Cup.

The Australian team, led by coach, and 1998 PBR World Champion, Troy Dunn (Bloomsbury, Queensland) will be looking for vengeance after suffering a narrow, 0.75-point defeat to Team Brazil on home soil at the most recent Global Cup in Sydney Australia.

Much like Australia’s latest addition, Team Brazil’s Montanha Jr. also brings past Global Cup experience to the contingent from the Sydney stop.

The 29-year-old went a flawless 2-for-2 inside Qudos Bank Arena, making the 8 aboard Big Bucks (Stuart Timm) for 82.25 points and Bee Sting (Throsby & Russell Bucking Bulls) for 85.5 points, to help propel the South American nation to its first Global Cup win.

Making his Global Cup debut in Sydney, Parsonage was 3-for-3 Down Under, riding Jack Rabbit (Peter Wallace) for 68.5 points, Bring The Action (Throsby & Russell Bucking Bulls) for 82.5 points and 5th Battalion (Dunne Bulls) for 80.5 points.