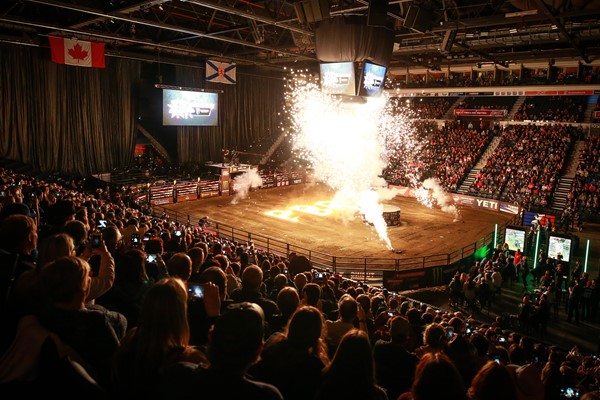 Notably, the 2019 Monster Energy Tour will feature the most events in the series’ four-year history. After holding five events in 2017, the tour expanded to nine stops this season, with 11 on the docket for 2019. The expansion comes amidst the tour’s most successful season to date, already experiencing two sell outs in Calgary, Alberta to launch the season and Moncton, New Brunswick during the toughest sport on dirt’s debut in the Maritime city.

The season will get underway on January 26 in Winnipeg, Manitoba, marking the Monster Energy Tour’s third trip to the city since last visiting in 2017. Last season, Dakota Louis (Browning, Montana) used a dominant performance, winning both rounds, en route to capturing his first win on Canada’s top tour.

Three weeks later, the tour will travel nearly 300km north to Calgary, Alberta where the Nutrien Western Event Centre will host the second two-day event of the season on March 22-23. The Calgary event made history in 2018 as the first ticketed event in history to sell out inside the venue, as the capacity crowd watched Brock Radford, from nearby De Winton, capture the win.

An annual feature of the Monster Energy Tour’s schedule, the subsequent event, May 4 in Québec, Québec, will mark the first of a four-event push in the Eastern provinces. For the third consecutive year, the Videotron Centre will once again be the site of an International Major, offering riders both an increased purse and points, while welcoming top international talent from the world rankings.

After a return to London, Ontario and Budweiser Gardens on May 11, the Canadian tour will then travel to Moncton, New Brunswick’s newly opened Moncton Events Centre on May 25. The event will mark the second time the PBR has traveled to the city, selling out its inaugural visit in 2018 when young gun Lonnie West (Cadogan, Alberta) earned his career-first victory on the tour.

The stretch will conclude in Halifax, Nova Scotia on June 1 at the Scotiabank Centre.

After a month break, the Monster Energy Tour will travel to Kelowna, British Columbia and Prospera Place on July 6.

Following a three month break during the summer, the Monster Energy Tour will return with back-to-back events in Edmonton, Alberta on October 12 at the Edmonton EXPO Centre and Abbotsford, British Columbia on October 19 at the Abbotsford Centre.

For the tenth consecutive year, the season will culminate in Saskatoon, Saskatchewan for the PBR Canada Finals on November 22-23 where the 2019 PBR Canada Champion will be crowned.

Fans can check with PBRCanada.com for tickets to all 2019 events as well as the 2019 PBR Canada Finals at the SaskTel Centre on Nov. 22-23.