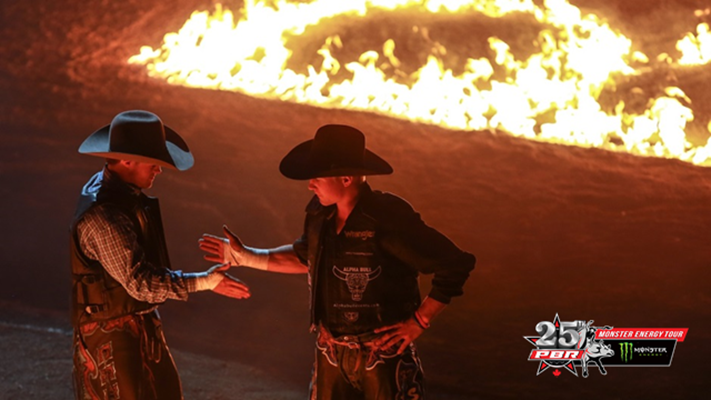 OTTAWA, Ontario – For the third time in as many years, PBR (Professional Bull Riders) Canada’s elite Monster Energy Tour, presented locally by Circle K, will buck into Ottawa, Ontario, on Saturday, May 12, at Richcraft Live at Canadian Tire Centre, for one night of edge-of-the seat action.

After Pampa, Texas’ Brant Atwood won the inaugural event in 2016, fellow American Cody Casper won the most recent stop in 2017. The win marked the first event victory of the Pacific, Washington-native’s career, highlighted by an 88-point effort aboard Captain in the Championship Round.

Close on Casper’s heels was an All-Canadian contingent of riders who rounded out the Top 5, all anticipated to compete in Canada’s capital city when the tour returns this season.

While this season’s event will be the Monster Energy Tour’s third trip to the city, it will mark the first time it will be hosted inside the Canadian Tire Centre. The last time PBR Canada held an event at the home of the Ottawa Senators was in 2012 and part of the Touring Pro Division when Matt Bohon won.

As part of the Monster Energy Tour, riders also have the opportunity to earn added prize money, with the stop collectively awarding $20,000.

The bull riding action begins at 7:00 p.m. ET on Saturday, May 12 at the Canadian Tire Centre. All riders will attempt one bull each in Round 1. The Top 10 will then advance to the Championship Round for one more ride and a chance at the event title. In addition to competing for points towards the Canadian national standings, riders will also have the opportunity to earn world points in an effort to earn a berth onto the elite 25th PBR: Unleash The Beast.

Tickets for the one-day event go on sale Friday, March 9 at 10 a.m. ET. They range in price from $25 to $70, standard fees apply, and can be purchased by visiting www.Ticketmaster.ca, www.canadiantirecentre.com, by phone at 1-877-788-FANS; in person at each of the 10 participating Canadian Tire stores in Ottawa as well as the store in Perth, The Sens Store at Carlingwood Mall, Place d’Orléans and in the ByWard Market, Algonquin College, Superior Photo and at the Canadian Tire Centre box office.

The 2018 slate of events marks the third season for the Monster Energy Tour as a unified competitive series traveling across the country. The Ottawa event will be the second event on the 2018 Monster Energy Tour schedule. The season will consist of seven stops, visiting seven provinces and traveling to cities including Calgary, Quebec City, Halifax, Moncton and Kelowna. It will climax with the PBR Canada Finals in Saskatoon, Saskatchewan on Nov. 23-24 when the 2018 PBR Canada Champion will be crowned.