PBR Canada’s Iron Cowboy Returns to Québec on May 4 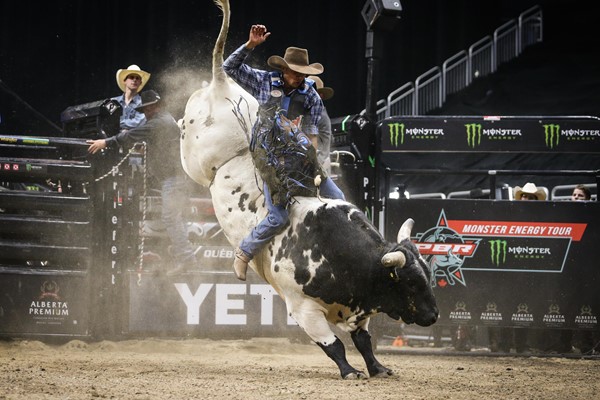 QUÉBEC, Québec  – For the third consecutive year, PBR (Professional Bull Riders) will hold an International Major event in Québec, Québec, returning to the Vidéotron Center with the Canadian Iron Cowboy, part of the elite Monster Energy Tour, on Saturday, May 4.

After debuting the exciting format at a Canadian event for the first time in 2018, the Iron Cowboy will once again feature a bracket-style competition with riders facing off in head-to-head showdowns.

In addition to competing for points towards the world standings, whereby riders who crack the Top 35 can qualify for the elite PBR: Unleash The Beast, competitors will also have the opportunity to earn Canadian points in the race to be the top-ranked rider at season’s end and be named the PBR Canada Champion.

As an International Major riders will vie for both increased world points and prize money.

While Monster Energy Tour events normally award a total purse of $20,000 CAD and 120 points to the event winner, the Québec stop will award $75,000 CAD, with the event champion earning 300 world points.

The victory, which marked his first at a PBR event, propelled the surging Brazilian from No. 98 to No. 31 in the world rankings. The accomplishment was the first of many for the 28-year-old this season, who went on to win the following weekend’s Monster Energy Tour event in Halifax and the 2018 Calgary Stampede.

Much like the past two events, fans will once again be captivated by a star-studded field, with the Iron Cowboy once again inviting 10 international contenders ranked within the PBR world standings at event time.

Annually, the Québec has also featured a talent contingent of Canadians, including home province hopeful Zac Bourgeois (St. Tite, Québec) who made his PBR debut inside the Vidéotron Center in 2018.

Tickets for the event go on sale Friday, September 7 at 10 a.m. ET. Tickets range in price from $34 to $145.50, all taxes and fees included. For $50, ticketholders will have the opportunity to purchase a Corral Pass giving them the opportunity to meet several of the PBR’s fearless riders prior to the event while getting an up-close look at the event’s animal athletes from atop the bucking chutes.