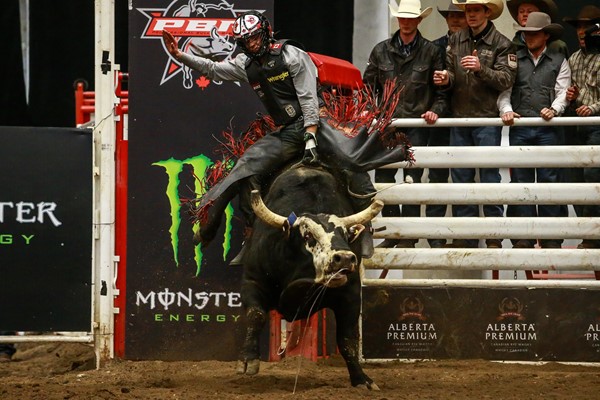 The Calgary Classic will be one of three two-day events that are part of the 2019 Canadian Monster Energy Tour season. The other multi-day events are Lethbridge, Alberta on March 1-2, and the 2019 PBR Canada Finals on Nov. 22-23 in Saskatoon, Saskatchewan.

The victory at the season-launch event propelled Radford to the top of the national standings, then leading reigning Canadian Champion Zane Lambert (Ponoka, Alberta) by more than 500 points.

The bull riding action begins at 7:30 p.m. MT on both Friday, March 22 and Saturday, March 23 at the Nutrien Western Events Centre. All riders will attempt one bull each in Round 1 on Friday, and Round 2 on Saturday. The Top 10 will then advance to the Championship Round on Saturday for one more out and a chance at the event title. In addition to competing for points towards the Canadian national standings, riders will also have the opportunity to earn world points in an effort to earn a berth onto the elite PBR: Unleash The Beast. As part of the Monster Energy Tour, riders have the opportunity to earn increased world points, with the event winner netting 120 world points.

The 2019 slate of events marks the fourth season for the Monster Energy Tour as a unified competitive series traveling across the country. The Calgary stop will be the third event on the 2019 Monster Energy Tour schedule, following the season opener on January 26 in Winnipeg, Manitoba, and a subsequent stop in Lethbridge, Alberta.