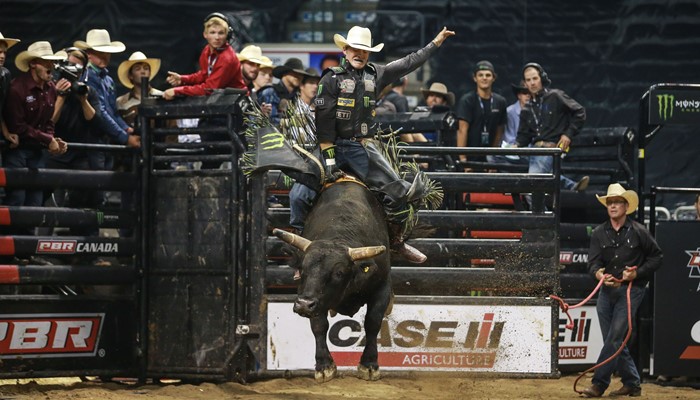 LONDON, Ontario – For this first time since 2016, PBR (Professional Bull Riders) Canada’s elite Monster Energy Tour will return to London, Ontario, holding its fifth event of the 2019 season inside Budweiser Gardens on Saturday, May 11.

In 2016, as one of three riders to go a perfect 2-for-2, Arkansas’ Reese Cates won the tour’s inaugural stop in the Forest City.

The bull riding action begins at 7:00 p.m. ET on Saturday, May 11 at Budweiser Gardens. All riders will attempt one bull each in Round 1. The Top 10 will then advance to the Championship Round for one more out and a chance at the event title. In addition to competing for points towards the Canadian national standings, riders will also have the opportunity to earn world points in an effort to earn a berth onto the elite PBR: Unleash The Beast. As part of the Monster Energy Tour, riders have the opportunity to earn increased world points, with the event winner netting 120 world points.

The 2019 slate of events marks the fourth season for the Monster Energy Tour as a unified competitive series traveling across the country. The London stop will be the fifth event on the 2019 Monster Energy Tour schedule, following the season opener on January 26 in Winnipeg, Manitoba, and subsequent stops in Lethbridge and Calgary, Alberta, and Québec, Québec.