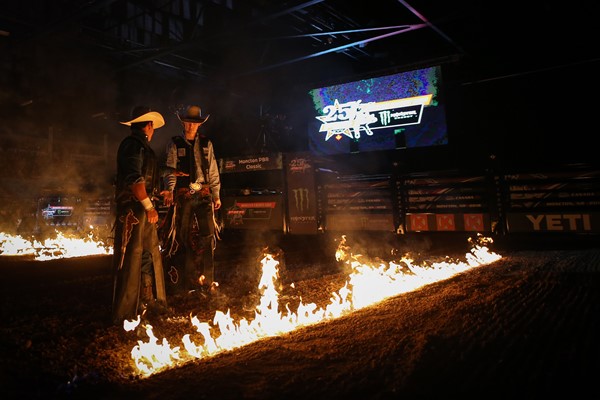 SASKATOON, Saskatchewan – After making its inaugural stops in the Canadian Maritimes in 2018, PBR (Professional Bull Riders) Canada’s premier Monster Energy Tour will return to Moncton, New Brunswick and Halifax, Nova Scotia in 2019, making back-to-back stops in the cities on May 25 and June 1, respectively.

Welcoming a sold-out crowd for the first-ever PBR event in the city and province in 2018, the Monster Energy Tour will travel to Moncton’s new Avenir Centre for the Moncton Classic on Saturday, May 25, 2019 at 7:00 p.m. AT.

This season, young gun Lonnie West (Cadogan, Alberta) went 2-for-3 to capture the inaugural event win in Moncton. The victory earned West crucial points towards both the national standings, propelling him from No. 6 to No. 3, and world rankings, elevating him from No. 47 to No. 33, helping him return to the PBR’s premier tour in the United States.

The following weekend, the Monster Energy Tour will buck into Halifax’s Scotiabank Centre with the Halifax Toughest Cowboy on Saturday, June 1, 2019 at 7:00 p.m. AT.

At the Moncton event, all riders will attempt one bull each in Round 1. The Top 10 will then advance to the championship round for one more out and a chance at the event title.

For the Halifax Toughest Cowboy, all riders will attempt one bull each in Round 1 and Round 2 to begin the Saturday night event. The Top 10 will then advance to the championship round for one more out and a chance at the event title.

For the Moncton stop, tickets can be purchased at the Avenir Centre box office, online at Ticketmaster.ca, and by phone at (855) 985-5000.

The 2019 slate of events marks the fourth season for the Monster Energy Tour as a unified competitive series traveling across the country. The Moncton and Halifax stops will be the sixth and seventh events on the 2019 Monster Energy Tour schedule, following the season opener on January 26 in Winnipeg, Manitoba, and subsequent stops in Lethbridge and Calgary, Alberta, Québec, Québec and London, Ontario.