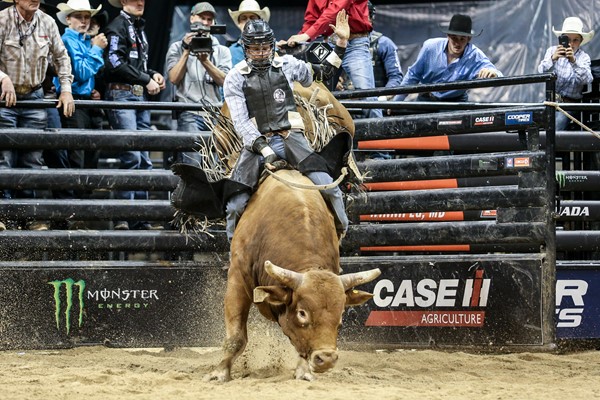 The Monster Energy Tour regularly features Canada’s best riders alongside some of the league’s top international athletes, squaring off against the rankest bucking bulls from the nation. Fans will witness exhilarating 8-second rides and wrecks throughout the action-packed event as the PBR’s courageous bull-riding athletes face off against their 2,000-pound opponents.

While the toughest sport on dirt has bucked into Winnipeg more than a dozen times, the 2019 season-launch event will mark the third time the home of the Winnipeg Jets has hosted the premier Monster Energy Tour.

In 2016, Illinois rider Matt Werries won the tour’s inaugural stop in Manitoba’s capital city, while most recently, in 2017, fellow American Dakota Louis went a perfect 2-for-2 to capture his first event win of the season.

Among those riders anticipated to compete in the tour’s return to Winnipeg is two-time and reigning PBR Canada Champion Zane Lambert, who despite now calling Ponoka, Alberta, home hails from Westbourne, Manitoba.

Winnipeg is a city with rich history for the veteran rider as the site of his first-ever PBR event, which he also won. Lambert tied for third in Winnipeg in 2017, a finish that proved vital in his come-from-behind march to his second national title.

The bull riding action begins at 7:00 p.m. CT on Saturday, January 26 at Bell MTS Place. All riders will attempt one bull each in Round 1. The Top 10 will then advance to the Championship Round for one more out and a chance at the event title. In addition to competing for points towards the Canadian national standings, riders will also have the opportunity to earn world points in an effort to earn a berth onto the elite PBR: Unleash The Beast.

As part of the Monster Energy Tour, riders have the opportunity to earn increased prize money, with the stop collectively awarding $20,000, and increased points, with the event winner netting 120 world points.

The 2019 slate of events marks the fourth season for the Monster Energy Tour as a unified competitive series traveling across the country. The Winnipeg stop will be the first event on the 2019 Monster Energy Tour schedule. Also set to visit Kelowna, British Columbia for the second consecutive year, the complete schedule of events will be announced in the coming days.