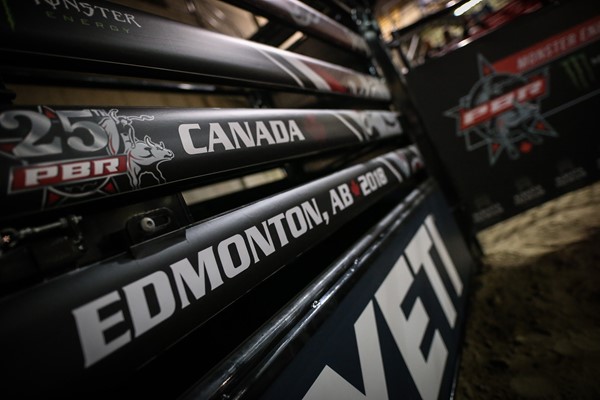 EDMONTON, Alberta – After visiting Edmonton, Alberta for the first time in tour history in 2018, PBR (Professional Bull Riders) Canada’s elite Monster Energy Tour will return to the Edmonton EXPO Centre for the second consecutive season with the Edmonton Classic on Saturday, October 26.

In 2018, when the nation’s premier series made its first stop in the city, three-time PBR Canada Champion Aaron Roy (Yellow Grass, Saskatchewan) captured his career first victory on the Monster Energy Tour as one of four riders to go a perfect 2-for-2. Competing for the first season since fracturing his femur during Round 1 of the 2016 PBR World Finals, the win propelled Roy from No. 12 to No. 7 in the national standings, positioning him within 1,000 points of the No. 1 ranking heading into the season’s PBR Canadian Finals.

Much like last season, the Edmonton Classic will be the last regular-season Monster Energy Tour event prior to the PBR Monster Energy Canadian Finals, presented by Dakota Dunes Casino, in Saskatoon, Saskatchewan on Nov. 22-23 when the 2019 PBR Canada Champion will be crowned. Holding this position, fans will witness exhilarating competition as riders attempt to qualify for the season-culminating event where the national champion will earn the coveted title and $50,000 bonus.

The bull riding action begins at 7:00 p.m. MT on Saturday, October 26 at the Edmonton EXPO Centre. All riders will attempt one bull each in Round 1. The Top 10 will then advance to the championship round for one more out and a chance at the event title. In addition to competing for points towards the Canadian national standings, riders will also have the opportunity to earn world points in an effort to earn a berth onto the elite PBR Unleash The Beast. As part of the Monster Energy Tour, riders have the opportunity to earn increased world points, with the event winner netting 170 world points.

Tickets for the one-day event go on sale Friday, April 5 at 10 a.m. MT. They range in price from $30 to $100, standard fees may apply, and can be purchased online at www.Ticketmaster.ca.

The 2019 slate of events marks the fourth season for the Monster Energy Tour as a unified competitive series traveling across the country. The Edmonton stop will be the ninth event on the 2019 Monster Energy Tour schedule. Prior to visiting the Alberta city, the nation’s premier series will visit the likes of Winnipeg, Manitoba, Calgary, Alberta and Halifax, Nova Scotia, with all roads culminating with the PBR Monster Energy Canadian Finals, presented by Dakota Dunes Casino in Saskatoon, Saskatchewan on Nov. 22-23 when the 2019 PBR Canada Champion will be crowned.