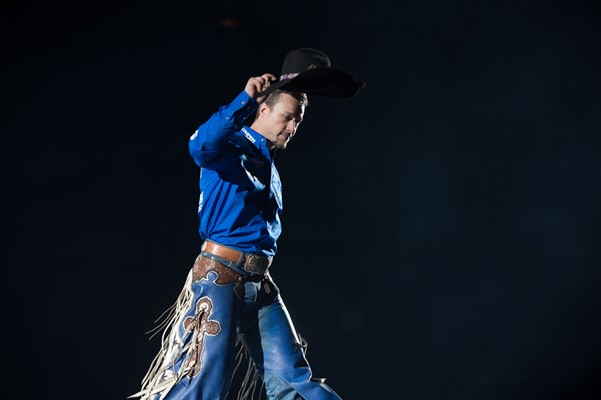 The Tennessean then brought the raucous crowd to its feet when he made the 8 aboard OMB Legal Issues (Wilson Rodeo) for an event best 88.5 points in the championship round.

Courtesy of the win, the 31-year-old gained crucial ground in the world rankings ahead of the next Unleash The Beast event on July 22-23 at Cheyenne Frontier Days.

With one week of events remaining before the third Major of the season, Last Cowboy Standing, Nance is now No. 30 in the world, up from No. 34, 100 points in front of the cutline for the premier series.

Nance is also now ranked in the Canadian national standings. Now as the No. 31-ranked rider in Canada, he is a mere 197.5 points outside of the Top 20. Canadian competition will culminate on Nov. 22-23 in Saskatoon, Saskatchewan when the nation’s Top 20 compete for the PBR Canada Championship and $50,000 bonus.

As he looks to return to the No. 1 ranking in the nation, a spot he held at the start of the year courtesy of his win on the Monster Energy Tour in Winnipeg, Marks’ runner-up finish propelled him from No. 4 to No. 2, surpassing both Jordan Hansen (Okotoks, Alberta) and Daylon Swearingen (Piffard, New York).

He also rose in the world standings, now No. 46 after beginning the event No. 49. Ahead of Last Cowboy Standing, Marks is 152.5 points outside of the Top 35 and a return to the elite Unleash The Beast.

On the heels of his win on the Touring Pro Division in Kinsella, Alberta on Wednesday, Brady Fielder (Clermont, Queensland, Australia) finished third as the final rider to go a flawless 2-for-2.

Fielder covered Drift Off to a Dream (Thompson Rodeo Livestock) for 82 points in Round 1, and capped his performance with an 84.5-point ride on Catch of the Day (Wild Hoggs Bucking Bulls) in the final round.

Quickly climbing the Canadian standings, the young Australian is now No. 16 in the nation.

Fielder is also making a quick rise up the world rankings. Up one spot to No. 41, Fielder is now 100 points outside of the Top 35.

As the lone other rider to reach the 8-second whistle, Lane Mellers (Munduberra, Queensland, Australia) finished fourth to collect $1,726.57, 140 Canadian and 15 world points.

His Top 5 finish was backed by a Round 1-winning, 85-point ride on Cypress Hills Sinner (X6 Ranch Bucking Cattle).