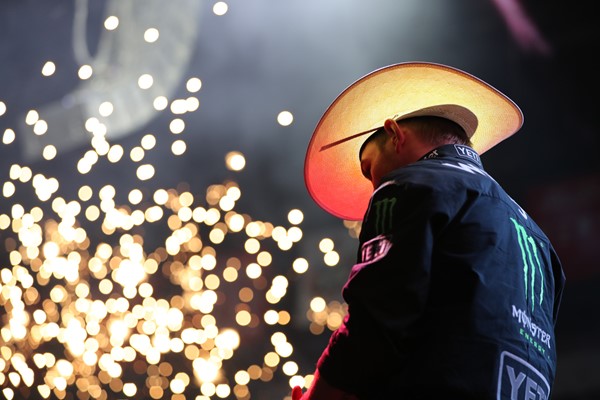 QUÉBEC, Québec – Ahead of the third edition of the PBR (Professional Bull Riders) Canada Monster Energy Tour International Major event in Québec, Québec, The Canadian Iron Cowboy, presented by Super Sagamie, on May 4 at the Videotron Centre, the toughest sport on dirt has announced the remaining nine international riders set to contend for the increased world points and prize money offered at the event, with the contingent headlined by world No. 2 Chase Outlaw (Hamburg, Arkansas).

For the second consecutive year, Canadian fans will once again see the thrilling progressive elimination format which debuted last season. After the 20 competing riders attempt one bull each in Round 1, the Top 8 from their combined score in the aggregate will advance to Round 2, followed by the Top 4 in the aggregate moving on to Round 3. The event will conclude in the fourth round when the Top 2 cowboys go head to head. The rider who records the top score in that round will crowned the event winner. Throughout the event, should fewer 8-second efforts be recorded than riders set to advance, the remaining slots will be filled on buck off time.

Trailing the world No. 1 ranking by fewer than 215 points, Outlaw is amidst one of the best seasons of his career. After beginning the 2019 season with a win on the Touring Pro Division in New Town, North Dakota, the “CEO of the Outlaw Nation” gained fast world points at the season-launch for the elite PBR Unleash The Beast in New York City, finishing sixth. After a runner-up finish on the premier series the next weekend in Chicago, including his first 90-point ride of the season, the 26-year-old ascended to the No. 2 ranking in the world standings.

After recording two additional Top-10 finishes, Outlaw earned his first Unleash The Beast victory of 2019 in St. Louis at the Mason Lowe Memorial in mid-February. Less than a month later, Outlaw briefly sat atop the world standings following his second win of the season in late March in Kansas City, Missouri.

Outlaw, dubbed by USA Today “the toughest athlete in sports” following his epic comeback from breaking 30 facial bones last July to nearly win PBR World Finals in Las Vegas in November, 2018, will enter the Québec event with momentum at his back, fresh off a sixth-place finish last weekend on the Unleash The Beast in Columbus, Ohio.

The Arkansas cowboy is no stranger to competing in Canada nor Québec. Having ridden at more than 25 Canadian events, Outlaw finished fifth at the first-ever International Major event in Québec in 2017, covering Second Hand Crook (K-C/Spark-lin Acres/Jo-Z Bucking Bulls) for 87 points and Gucci Galore (Bar D/Rawhide Pro Rodeo) for 85 points.

The field will also include two riders who captured some of the sport’s most prestigious titles at the end of the 2018 season – 2018 PBR Rookie of the Year Keyshawn Whitehorse (McCracken Springs, Utah) and 2018 PBR World Finals event winner Marco Eguchi (Poa, Brazil).

For Whitehorse, the season included six Top-10 finishes on the Unleash The Beast, capped with a 13th-place effort at the first PBR World Finals of his career.

The 2019 event in Québec will mark Whitehorse’s first appearance in the city and his Canadian debut. Currently No. 29 in the world, the Navajo bull rider has earned three Top-10 efforts on the Unleash The Beast this season, included a ninth-place finish last weekend in Columbus.

Much like Whitehorse, Eguchi’s 2018 season also ended on a high note in Las Vegas at the PBR World Finals. Wowing the crowds throughout the five days of action in Sin City, the standout Brazilian concluded his sixth trip to the season-culminating event 5-for-6 to win the 2018 World Finals event title.

After beginning the event ranked No.20 in the world, the 29-year-old surged to No. 5 in the world compliments of a victory backed by consecutive wins in Round 2 and Round 3.

Of those round victories, Eguchi’s electric 94-point trip in the second round aboard Spotted Demon (Julio Moreno/Dallas Schott) earned the Lane Frost/Brent Thurman Award as the high-marked ride of the event.

Thus far in 2019 Eguchi is ranked No. 26 in the world. He will ride into La Vieille Capitale with a Top-5 effort at his back, finishing fifth in Columbus. The effort was highlighted by his second round win of the season, recording the top marks in the championship round when he covered Losing My Religion (Broken Arrow Bucking Bulls) for 89.5 points.

The field of international competitors will also include two additional riders ranked inside the Top 20 in the world: No. 11 Derek Kolbaba (Walla Walla, Washington) and No. 19 Stetson Lawrence (Williston, North Dakota).

Kolbaba notably won the inaugural event in Québec, winning both Round 1 with an 89.5-point score on Funky Junk (Mike Miller/Torres Bros.) and Round 2 with 87.5-point ride on Timebomb (K-C/Spark-lin Acres/Jo-Z Bucking Bulls). When he climbs aboard his Round 1 draw this season, he will be the lone international rider to have competed at all three editions of the event after going 0-for-1 in 2018.

After a dismal start to the season, Kolbaba has caught a hot streak in the last few weeks of Unleash The Beast competition. After a fourth place finish in Billings in early April, Kolbaba also rode to a fourth-place effort last weekend in Columbus, and delivered a runner-up result in the 15/15 Bucking Battle, to gain 315 world points and rise from No. 15 to No. 11 in the world.

Despite being a newcomer to the Québec, Lawrence is no stranger to Canadian events as the 2014 PBR Canada Champion.