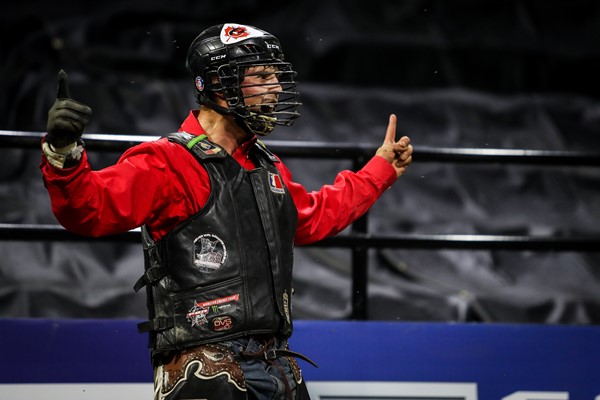 SASKATOON, Sask. – Ahead of the 2021 season-launch for the elite PBR (Professional Bull Riders) Canada Cup Series, the league has announced that the year-end PBR Canada National Finals, presented by Command Tubular Products, will award more than $175,000 in prize money, including a $50,000 bonus for the 2021 PBR Canada Champion. This increase in prize purse makes the 2021 PBR Canada National Finals the richest in the sport’s history.

The 2021 PBR Canada National Finals, presented by Command Tubular Products, will be held Nov. 12-13 in Edmonton, Alberta, at the state-of-the-art Rogers Place.

The year-end event will mark the first time in league history that the National Finals will be held in Edmonton, and just the second-ever PBR tour stop inside Rogers Place, following the inaugural PBR Global Cup held inside the home of the NHL’s Edmonton Oilers in November 2017.

“In 2021, we committed to taking bull riding to new heights in Canada, and part of that journey is making the year’s PBR Canada National Finals the richest in league history,” said Jason Davidson, General Manager of PBR Canada. “Our riders in Touring Pro Division events held the past few months have already shown that this will be a title race for the ages, and it will be a sight like never before come November 13 when two cheques worth a combined $100,000 are hoisted inside Rogers Place.”

Throughout the 2021 PBR Canada National Finals, $100,000 will also be on the line, awarded for both the riders’ finishes in the rounds and event aggregate. Within this sum, the winner of the event aggregate is guaranteed a $24,500 payday.

The 2021 season got underway with Touring Pro Division action in mid-June in Prince Albert, Saskatchewan, with six additional developmental series events held since. The current campaign will intensify Aug. 27-28 when the elite PBR Canada Cup Series launches in Lethbridge, Alberta.

In addition to numerous accompanying Touring Pro Division events, a collective five regular-season Cup Series events will be held prior to the PBR Canada National Finals, presented by Command Tubular Products, Nov. 12-13 when the 2021 PBR Canada Champion will be crowned.

Jared Parsonage (Maple Creek, Saskatchewan) currently leads the race for the 2021 PBR Canada Championship and accompanying $50,000 bonus, 27 points ahead of reigning national champion and No. 2 Dakota Buttar (Kindersley, Saskatchewan). Parsonage’s season to date has been headlined by a league-leading three event wins, going an impressive 6-for-10 (60%).

In cooperation with local government and through the dual activation of the PBR’s “Be Cowboy Safe” guidelines, and Alberta Health COVID-19 rules and regulations, Rogers Place and PBR will follow all COVID-10 (coronavirus) related protocols for holding fan-attended events.