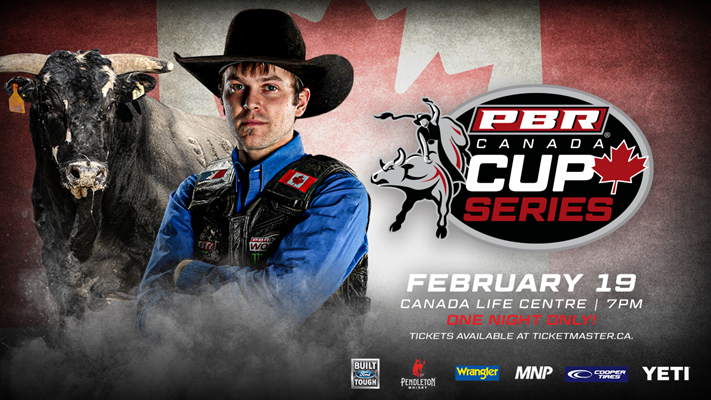 The PBR Canada Cup Series will return to Winnipeg, Manitoba, on February 19.

The PBR Winnipeg Classic will mark the third event of the 2022 PBR Canada Cup Series. The tour will launch on Feb. 5 in Red Deer, Alberta, with the complete slate of events to be announced in the coming weeks.

While PBR Canada has bucked into Winnipeg more than a dozen times, the 2022 event will mark the fourth time the home of the NHL’s Winnipeg Jets has hosted the premier Cup Series.

In 2019, the PBR Canada Cup Series launched its season in the Manitoba city, with Alberta sensation Shay Marks (Sunnybrook, Alberta) going a perfect 2-for-2 to clinch his first victory on the nation’s premier series.

PBR first visited Winnipeg in 2006, headlined by the debut of now two-time Canadian Champion Zane Lambert. Courtesy of a 89.5-point ride, Lambert began his career on a high note, winning the event.

PBR Canada’s return to Winnipeg comes on the spurs of one of the most exciting, and historic, battles for the PBR Canada Championship in history.

Tickets for the event go on sale Friday, December 17 at 10:00 a.m. CST, and start at $25, standard fees may apply, and can be purchased online at TicketMaster.ca.