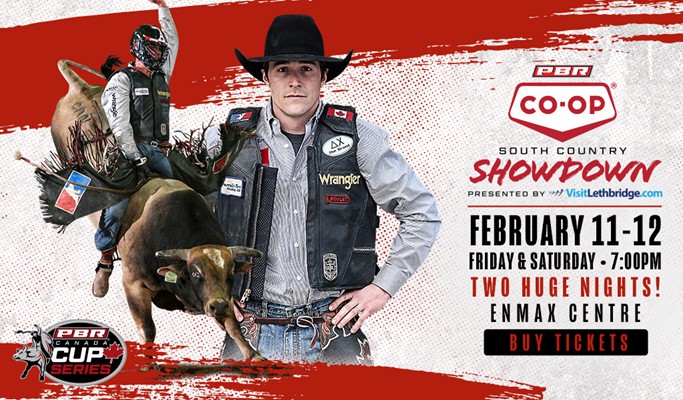 The PBR South Country Co-op Showdown will mark the second event of the 2022 PBR Canada Cup Series. The tour will launch on Feb. 5 in Red Deer, Alberta, with the complete slate of events to be announced in the coming weeks.

PBR Canada’s return to Lethbridge comes on the spurs of one of the most exciting, and historic, battles for the PBR Canada Championship in history.

Tickets for the event are on sale now and start at $40, standard fees may apply. They can be purchased online at ENMAXCentre.ca and charge by phone at (403) 329-7328.