PBR Updates Format and Points for Unleash The Beast Tour 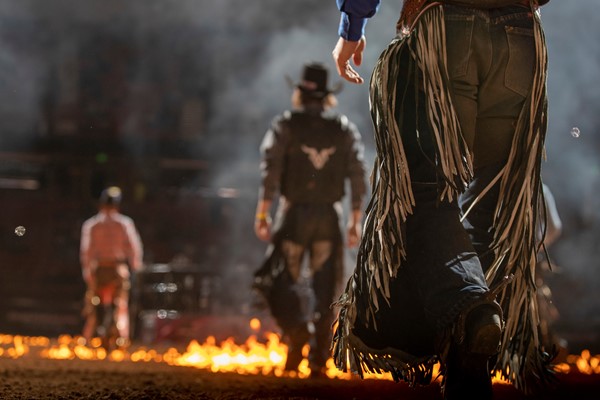 PUEBLO, Colo. – PBR (Professional Bull Riders) has announced changes to the event format and points for its premier Unleash The Beast series.

At the beginning of the 2021 season, PBR had implemented a change to the Unleash The Beast event format – creating daily winners by adding new championship rounds. After consultation with its riders, PBR is reverting to last year’s event format, effective at the Pendleton Whisky Invitational in Arcadia, Fla., which concluded yesterday, through the remainder of the 2021 season.

In addition to reverting to the 2020 format (a typical two-day event will feature a long round on each day with 12 riders advancing to one championship round following Round 2), several additional changes will be made:

PBR also will bring back the 15/15 Bucking Battle format to Unleash The Beast events in select markets, under the same structure as last year. The 15/15 Bucking Battle matches the Top 15 bull riders as measured in the world standings against the Top 15 bulls in attendance. The winner is the bull rider with the highest ride score in this special round.

“We appreciate the efforts of the PBR organization as they work hard to keep us working in challenging times,” said Cooper Davis, on behalf of PBR riders. “After reviewing format options with PBR officials that could lessen the strain on the top riders through a long season, we mutually agreed that reverting back to the 2020 format was in the best interests of the league and riders. We’re looking forward to continuing an exciting season in Okeechobee.”

The PBR Unleash the Beast: American Roots Edition next travels to the Agri-Civic Center in Okeechobee, Florida, for the PBR Coors Banquet Invitational. The event, which will include a 15/15 Bucking Battle, will be held on Saturday, January 30 and Sunday, January 31 at 2:00 p.m. ET.