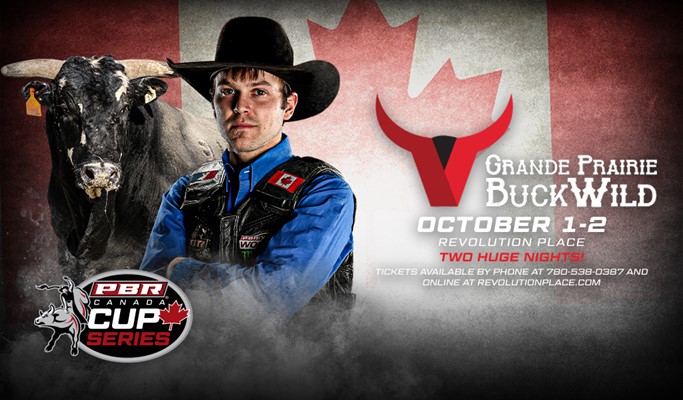 After an electric quartet of events inside the Alberta venue, Dakota Buttar (Kindersley, Saskatchewan) capped his dominant season with the 2020 PBR Canada Championship.

As the 2020 PBR Canada Finals wound to a close, Buttar completed his impressive tare through the first-ever Cup Series events held in Grande Prairie with a win in the final event, earned courtesy of an 88-point ride on Bull of the Year contender Finning Lil Shorty (Flying Four Bucking Bulls).

In cooperation with local government and through the dual activation of the PBR’s “Be Cowboy Safe” guidelines, and Alberta Health COVID-19 rules and regulations, Revolution Place and PBR have instituted a series of protocols to enhance the safety of guests, including: Focus on digital ticketing and minimal person-to-person contact where possible; Touchless and cashless sales options at concession and merchandise stands throughout Revolution Place; Increased sanitization of high-contact areas including doors, railings, concession counters, merchandise stands, bathrooms and elevators; Hand sanitizer stations have been placed throughout the venue to promote hand hygiene.