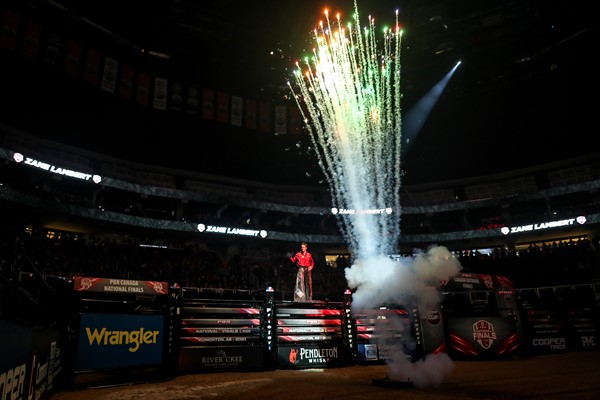 PUEBLO, Colo. – PBR (Professional Bull Riders) Australia and Canada today announced a new partnership to exchange of a pair of athletes to compete in the other nation’s year-end Finals event this November. The unique collaboration will foster new competitive opportunities for the organization’s top international athletes.

As part of the athlete exchange, the Top 2 riders in the Australian and Canadian national standings as of October 10, 2022, will earn an automatic, expenses-paid berth to compete in the other nation’s year-end event.

“Even before PBR was founded, Australia’s best bull riders have always been supportive of the Canadian Tours and the same goes with the Canadian riders coming to Australia to compete,” said PBR Australia General Manager Glen Young. “This added incentive is another opportunity to support our members. Bull riding careers are not that long so it’s important for us to work together to create pathways for earning as much as they can during their career.”

“PBR Canada and Australia have long sought ways to foster developmental opportunities amongst the organization’s international athletes, and this is the next step in that initiative,” said PBR Canada General Manager Jason Davidson. “The exchange will bolster the competitiveness of each of our nations’ year-end Finals, and provide personal growth opportunities for the selected athletes.”

At the 2022 PBR Canada National Finals, one rider will have the chance to earn a maximum 180 national points. Each rider will attempt one bull each in Round 1 and Round 2 on Friday, November 11, followed by Round 3 on Saturday, November 12. Following Round 3, the Top 12 riders will advance to the championship round.

The rider with the highest aggregate score throughout four rounds will win the PBR Canada National Finals event title and a minimum $30,000 CAD.

During the 2022 PBR Australia Grand Finals, one rider will have the chance to earn a maximum 200 national points.

Each rider will get on two bulls per night in Rounds 1-2 on Friday, November 25, and Rounds 3-4 on Saturday, November 26. Following Round 4 on Saturday evening, the Top 8 riders will then advance to the championship round.

The rider with the highest aggregate score throughout five rounds will win the PBR Australia Grand Finals event title.