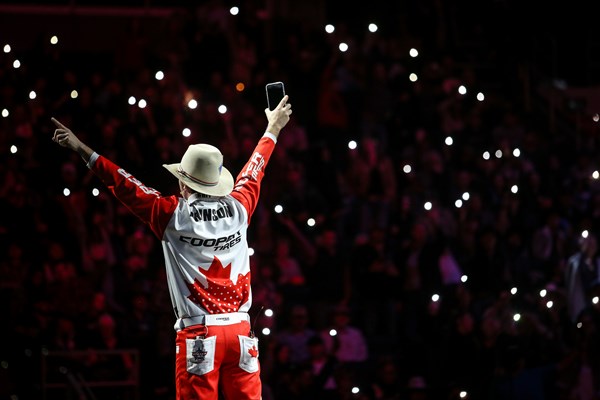 For the third consecutive season, the PBR Canada National Finals will be held in Edmonton, Alberta, at the state-of-the-art Rogers Place, again awarding a record-tying $175,000, including a $50,000 bonus to be presented to the 2023 PBR Canada Champion.

The elite Cup Series, presented by Wrangler, features Canada’s top bull riders, alongside some of the PBR’s top international athletes, squaring off against the rankest bucking bulls in North America. Fans will witness exhilarating 8-second rides and wrecks throughout the action-packed event as the PBR’s courageous riders face off against their 2,000-pound, animal-athlete opponents.

PBR Canada’s Cup Series is televised nationally on the TSN family of channels, bringing the heart-pounding action to fans across the nation. The tour is also brought to United States-based fans on the organization’s Western lifestyle channel PBR RidePass on PlutoTV.

The 2023 season will launch on February 4 in Red Deer, Alberta, with the PBR Cross Country Canada Classic at Peavey Mart Centrium.

The elite Cup Series debuted in Red Deer in 2022 to launch the tour’s seventh season. Compliments of a perfect 2-for-2 effort, Jake Gardner (Fort St. John, British Columbia) won the event to establish himself as an early contender for the 2022 PBR Canada Championship.

One month later, the Cup Series will return to Lethbridge, Alberta, and ENMAX Centre for the fifth consecutive season, on March 3-4 for the South Country Co-op Showdown presented by VisitLethbridge.com.

In Sept. 2022, the elite Cup Series held a unique double-header tour stop inside ENMAX Centre. Nick Tetz (Calgary, Alberta) went a perfect 4-for-4, winning the back-to-back events to surge from No. 8 to No. 2 in the national standings. The wins were part of a landmark season for Tetz in which  he completed a come-from-behind surge at the National Finals to be crowned the 2022 PBR Canada Champion and earn the accompanying $50,000 bonus.

The Cup Series, presented by Wrangler, will then travel to Brandon, Manitoba, for the second time in as many years, holding the PBR Mazergroup Chute Out at Westoba Place at the Keystone Centre on May 27.

Regina, Saskatchewan, will then welcome PBR Canada’s top tour for the first of two mid-week events on June 21.

One month later the tour will hold its second mid-week show in Kelowna, British Columbia, on July 20 at Prospera Place.

PBR Canada’s Cup Series returned Kelowna for the first time in four years, and second time in history, in July 2022. The picturesque British Columbia tour stop was dominated by Brock Radford (De Winton, Alberta), a victory which briefly propelled him to the No. 1 rank in Canada.

Despite a gritty effort at the 2022 PBR Canada National Finals, Radford was unable to conclude his season with the national title, finishing runner-up for the third time in his career.

Following a two-month break, the Cup Series, presented by Wrangler, will resume on Sep. 29-30 in Grande Prairie, Alberta, at Bonnetts Energy Centre.

Making a subsequent stop in Medicine Hat, Alberta, and Co-op Place on October 14, the regular season will conclude in Saskatoon, Saskatchewan at SaskTel Centre for the third consecutive season, Oct. 27-28.

For the third time in history, the PBR Canada National Finals will be held in Edmonton, Alberta, at Rogers Place. After a season-long battle, the 2023 PBR Canada Champion will be crowned following the two-day, season-culminating event on Nov. 17-18.

The 2022 PBR Canada National Finals concluded what was arguably the most ferocious national title race in PBR Canada history, with nine riders travelling to the event in contention to win the honor and accompanying $50,000 bonus.

While Dakota Buttar (Eatonia, Saskatchewan) concluded the regular season with a slim 21-point lead over Tetz, the tumultuous year-end event shuffled the standings, emphasizing the significance of the Finals. Going 2-for-4, Tetz leap-frogged Buttar and held off a hard-charging Radford by 26.5 points to be anointed the 2022 PBR Canada Champion.

Fans can check with PBRCanada.com for tickets to all 2023 events as well as the season’s PBR Canada National Finals at the Rogers Place in Edmonton Nov. 17-18.