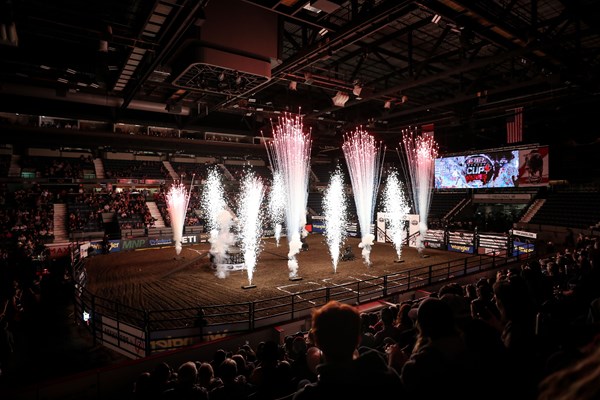 The Regina event will mark the fourth event of the nine-event 2023 season for the PBR Canada Cup Series, presented by Wrangler. Prior to travelling to the Saskatchewan’s capital, the Cup Series will visit three cities across the provinces of Alberta and Manitoba.

When the elite Canadian Cup Series debuted in Regina in June 2022, just one month after being crowned the 2022 PBR World Champion, Daylon Swearingen (Piffard, New York) brought his undeniable talents back to Canadian soil, going a perfect 2-for-2 to win the event.

In Round 1, the young New York native reached the requisite 8 seconds on Mogely (Lazy S Bucking Bulls) for 85.5 points.

Swearingen then architected a rematch with two-time and reigning PBR Canada Bull of the Year Happy Camper (Two Bit Bucking Bulls) in the championship round. In November 2021, Swearingen had clinched his second career PBR Canada Finals event win after covering the “Bucking Sensation from the Two Bit Nation” for a commanding 91.5 points.

In Regina, after the two titans burst from the chute, Swearingen was pulled over top of the bull’s head, and the status of the ride went into review. The PBR Canada officials confirmed Swearingen reached the whistle, and he was awarded an event-best 89.5-point score to clinch the win.

The event was part of the most intense national title race in PBR Canada history. As the season continued to unfurl, nine riders traveled to the PBR Canada National Finals in contention to win the honor and accompanying $50,000 bonus.

When the dust settled, Tetz finished 26.5 points ahead of runner-up Radford.

Tickets for the event go on sale Friday, December 23 at 10:00 a.m. CST, and start at $30, taxes and fees not included, and can be purchased at the Brandt Centre Box Office and online at Ticketmaster.ca.