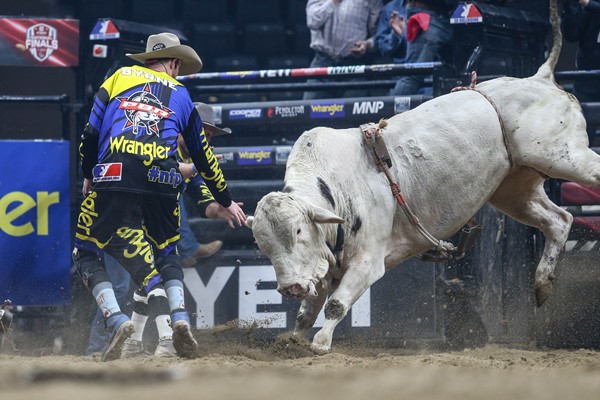 REGINA, Sask. – For the first time in history, PBR (Professional Bull Riders) Canada’s elite Cup Series will travel to Regina, Saskatchewan, debuting inside the Brandt Centre on June 22, 2022 with the PBR Regina Classic.

The PBR Regina Classic will mark the fifth event of the 2022 PBR Canada Cup Series. The tour will launch on Feb. 5 in Red Deer, Alberta, with the complete slate of events to be announced in the coming weeks.

Marking the first-ever mid-week PBR Canada Cup Series event, the 2022 PBR Regina Classic will be held in tandem with Canada’s Farm Show, scheduled for June 21-23. As one of the largest dryland farming shows in Canada, Canada’s Farm Show is one of the most important agricultural shows in North America that attracts a global audience.

The elite PBR Canada Cup Series was scheduled to travel to Regina in March 2020, however, the event was cancelled the day prior after the announcement of mass gathering restrictions due to the COVID-19 (coronavirus) pandemic.

PBR Canada’s Cup Series’ debut in the Queen City comes on the spurs of one of the most exciting, and historic, battles for the PBR Canada Championship in history.

Tickets for the event go on sale Friday, January 7 at 10:00 a.m. CST, and start at $25, standard fees may apply, and can be purchased online at TicketMaster.ca and at the Brandt Centre Box Office.