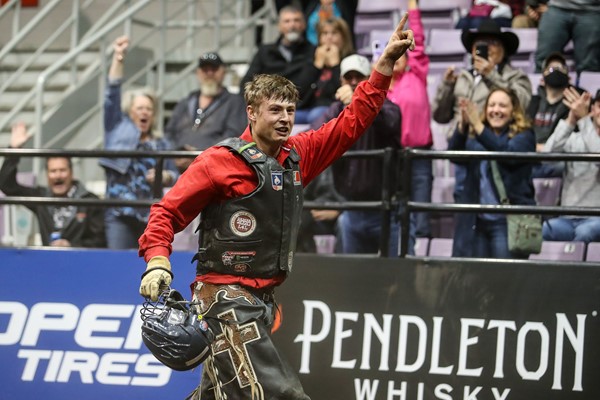 The PBR Peace Country Invitational will mark the fifth event of the 2022 season for the PBR Canada Cup Series, presented by Wrangler. The tour will launch on June 11 in Red Deer, Alberta, and travel across Alberta, Manitoba, and Saskatchewan prior to arriving in Grande Prairie.

With the second pick in the championship-round bull draft, Gardner selected 2021 PBR Canada Bull of the Year contender Lil’ Hooch (Flying High Rodeo Co.) and covered the bovine athlete for a championship round-best 89 points, clinching him the event win.

Earning 96 national points for his efforts, Gardner cracked the Top 10 in the Canadian standings after beginning the second Cup Series event of the year ranked No. 26. Rising 17 positions, Gardner surged to No. 9 in the feverish title race, climbing within 109.83 points of then No. 1 Dakota Buttar (Kindersley, Saskatchewan).

As the electric season continued to unfurl, Gardner remained a title contender until the final rounds of the year, a key contender in one of the most exciting, and historic, battles for the PBR Canada Championship in history.

After a competitive quartet of events inside the Alberta venue, Dakota Buttar (Kindersley, Saskatchewan) capped his dominant season with the 2020 PBR Canada Championship.

As the 2020 PBR Canada Finals wound to a close, Buttar completed his impressive tear through the first-ever Cup Series events held in Grande Prairie with a win in the final event, earned courtesy of an 88-point ride on Bull of the Year contender Finning Lil Shorty (Flying Four Bucking Bulls).