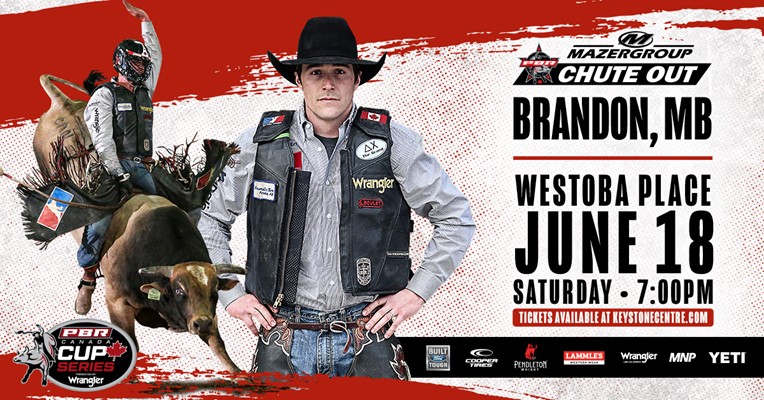 The PBR Mazergroup Chute Out will mark the third event of the 2022 season for the PBR Canada Cup Series, presented by Wrangler. Following eight regular-season events held throughout Alberta, Manitoba, and Saskatchewan, the 2022 season will come to a climatic conclusion on Nov. 11-12 with the 2022 PBR Canada National Finals, presented by Command Tubular Products, in Edmonton, Alberta, at Rogers Place.

The debut of the elite PBR Canada Cup Series, presented by Wrangler, in Brandon comes on the spurs of one of the most exciting, and historic, battles for the PBR Canada Championship in history.

Tickets for the event go on sale Friday, March 25 at 10:00 a.m. CST, and start at $25, standard fees may apply, and can be purchased online at tickets.keystonecentre.com, and at the Keystone Centre box office.