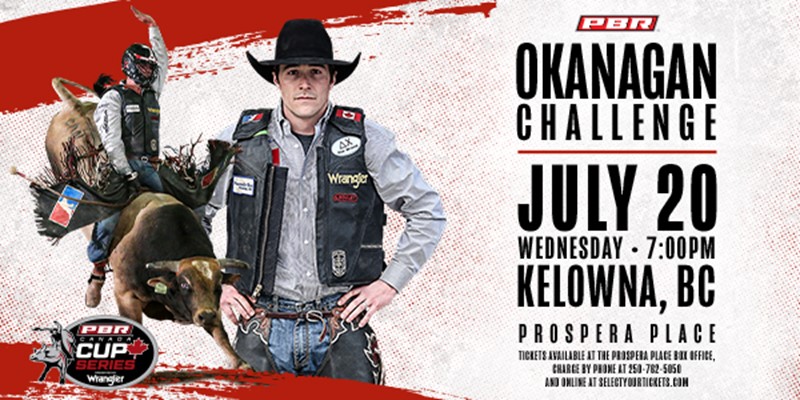 The PBR Okanagan Challenge will mark the fourth event of the 2022 season for the PBR Canada Cup Series, presented by Wrangler. The tour will launch on June 11 in Red Deer, Alberta, and travel across Alberta, Manitoba, and Saskatchewan prior to arriving in Kelowna.

To begin the event, Richardson first made the 8 on Broken Trigger (Skori Bucking Bulls) for 86 points to finish second in Round 1. In the Championship Round he brought the crowd to its feet when he rode Finning Majic Shivers (Flying Four Bucking Bulls) for 86.5 points.

In 2017, PBR Canada held its first ever event in the British Columbia city as part of the Touring Pro Division. Brock Radford (De Winton, Alberta) won the stop, his second of a historic four consecutive event wins, as the only rider to deliver a perfect 2-for-2 performance. Radford, who double entered, also finished sixth at the event.

PBR Canada Cup Series’ return to Kelowna comes on the spurs of one of the most exciting, and historic, battles for the PBR Canada Championship in history.