November Fest to Kick Off Action-Packed Weekend of Festivities for the 2022 PBR Canada National Finals in Edmonton Nov. 11-12 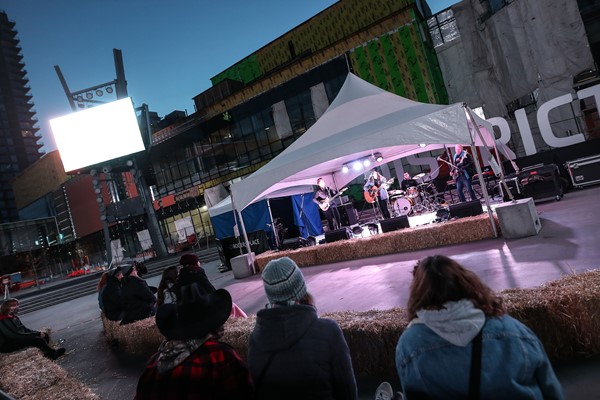 EDMONTON, Alta. – Ahead of the 2022 PBR (Professional Bull Riders) Canada National Finals, presented by Command Tubular Products, on Nov. 11-12 at Rogers Place in Edmonton, the PBR and OEG Sports and Entertainment have announced November Fest. The action-packed, fun-for-all ages fan zone will kick off the historic year-end event that will award more than $175,000 in prize money and crown the 2022 PBR Canada Champion.

Both days will include food and beverages available for purchase, including a signature cocktail from Pendleton Whisky, the official whisky of the PBR, as well as a beer garden, mechanical bull rides, axe throwing, and more. On Saturday, eventgoers will also be able to partake in a petting zoo provided by Thistle Hills.

Renowned Canadian recording artists The Prairie States, Joe Nolan, The Bobby Tenderloin Universe and MAJOR LOVE will also be performing throughout the weekend, in addition to the DJ stylings of Tea Cup DJ, Gatsby and Ha Ha.

The Prairie States is a seven-time Country Music Alberta Award-winning group, including the 2018 Rising Star, 2019 Horizon Group/Duo Of The Year, and 2020 Songwriters Of The Year, and also won first place in the 2018 Project Wild Artist Development Program. Mat Cardinal, Jeff Dick, Mike Nash, Doc de Groot, and Jay Der formed The Prairie States in 2017. In 2018, they independently released their full-length album, Lost In The Right Direction, which was nominated for the CMAB Album Of The Year and included three radio singles, which all broke the top 100 Mediabase Canadian Country Chart.

Nolan was named by The Globe and Mail as "an Americana wunderkind to look out for." Influenced by roots-music gentry like Leonard Cohen, Patti Smith, Bruce Springsteen, Lucinda Williams and Bob Dylan, Nolan reflects on his vagabond lifestyle that takes him from his hometown city of Edmonton to festivals and venues spread throughout Canada's peaks and valleys. Often framed as a lone wolf, Nolan self-produced Lost Verses, his seventh album – and fifth in just five years – but called upon some friends to elevate the album. Key tracks feature Sarah Pagé on harp, LA's COULOU on trumpet and sister Nataya Nolan on background vocals.

MAJOR LOVE is the moniker of singer, songwriter and multi-instrumentalist Colleen Brown - and a new album featuring Alberta rock darlings Scenic Route To Alaska. Together they created an album of soulful pop-rock music for their hoser friends. This debut recording was released on Cowboy Junkies' imprint Latent Recordings Aug 24, 2018, on vinyl and digital. The singles 'Tear It Down’ and ’So Good’ were embraced by CBC Radio 2 Top 20 and Sirius XM and enjoyed some initial commercial radio crossover, including the Sonic 102.9 Local Spotlight. It also made an impressive showing on 2018 year-end lists, at #9 for CJSR, and #6 for CKUA Radio.

The 2022 PBR Canada National Finals, presented by Command Tubular Products, will be held immediately following the festivities at 7:00 p.m. MST on both Friday, November 11, and Saturday, November 12.

The rider with the highest aggregate score throughout four rounds will win the PBR Canada National Finals event title and a minimum $30,000. With a maximum of 180 points available to one rider, the Top 9 riders in the nation are all in contention for the 2022 PBR Canada Championship.