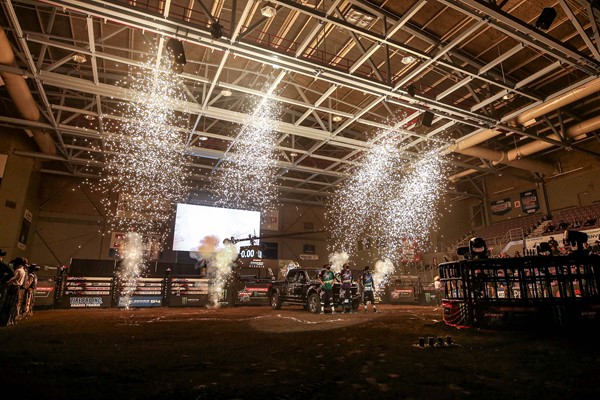 NEW YORK CITY – While there may not have been any events on Canadian soil in January, that doesn’t mean there was a shortage of can’t miss moments from the nation’s top bull riders.

From wedding bells, to baby fever, we’ll take a look back at some of the highlights as told by the riders themselves.

They may have tied the knot in 2020, but Jared Parsonage and Fabian Dueck were still reminiscing about their wedding days as the world rang in the New Year.

Todd Chotowetz popped the question … and she said yes!

The PBR Canada family welcomed it’s newest member in 2021 as Sarah and Jordan Hansen welcomed Hartley Jayd Hansen to the world on January 2!

And Everhett Lambert is already following in the footsteps of dad and two-time PBR Canada Champion Zane Lambert.

With his name now on both sides of the draw, Shay Marks gave us a look at feeding time for his herd of bucking bulls!

And Wacey Finkbeiner showed us some of his other talents, building a shelter capable of standing up against the gustiest of Alberta winds!

He made a splash as a rookie in 2020, and Tanner Eno is eager to get back at it as he seeks his first national title.

Jackson Scott and Cole Young also threw it back to busier, and warmer, times as they reminisced ahead of the new season.

Jake Gardner made us all miss the action when he threw it back to this ride on 2019 PBR Canada Bull of the Finals Finning Lil Shorty.

Already putting in the work, Tim Lipsett is back at it in the practice pens … but he found some time to hit the slopes with man’s best friend!